Another year, another Atari Flashback. But this year’s edition of the old school console has significant improvements from the Atari Flashback 3. Theoretically. More on that later. 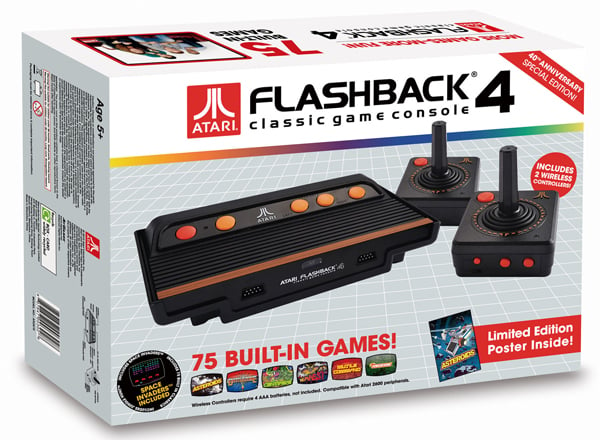 You can order the Flashback 4 from Amazon for $82.99(USD), where a kind reviewer has also posted the full list of games from 3D Tic-Tac-Toe to Yar’s Revenge.