I think the video game I am most looking forward to in the foreseeable future it is Crysis 3. Not long ago I played through the original Crysis again and the graphics still look good to this day, despite that game coming out years ago. 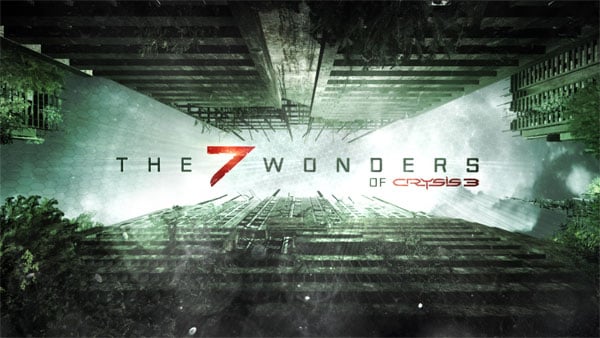 Crytek has announced that it has teamed up with filmmaker Albert Hughes for a new cinematic video series called “The 7 Wonders of Crysis 3.” If you’re unfamiliar with Albert Hughes, you may recognize some of the films he’s been involved with. Along with his brother, Allen, he co-directed Menace II Society, Dead Presidents, From Hell, and Book of Eli, among other films.

The cinematic video series focusing on Crysis 3 will be used to introduce players to its stunning visuals, dynamic environments, and adaptive warfare to be expected in the game when it launches early next year. The videos will offer glimpses at all seven different environments that the game will put players in. Watch the teaser video for yourself and see what you think.