Everyday objects are slowly being infused with modern technology.  There are fridges that can monitor their contents and automatically order online to restock themselves, socks that know how many times they’ve been washed and now, with the help of a tiny device, your car can be made so smart, it knows when it’s being towed and will tell you so. 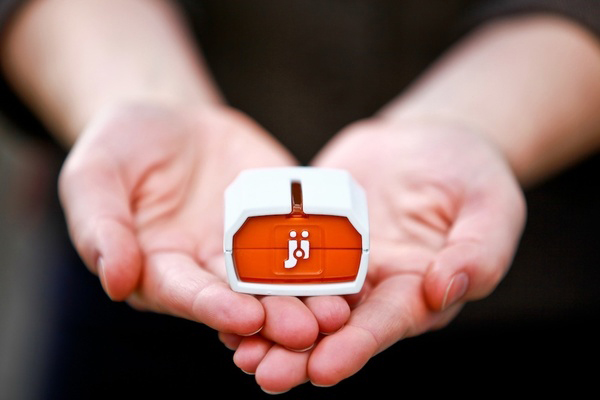 This device is called the moj.io. I know, I wish they had come up with a better name. But the folks behind it probably spent all their brain power on the device itself, because it sounds very promising. The moj.io connects to the Internet via cellular networks and to your car via the On-Board Diagnostics OBD-II port (found in all major automotive lines since 1995). Once connected and paired to your mobile device, the moj.io can tell you where your car is located, if it’s being towed, the car’s overall condition and more. moj.io apps can also be more proactive. They can hold calls and text alerts while you’re driving to keep you safer or send text message alerts based on the speed and location of the car. Parents and obsessed lovers will find that one useful.

Pledge at least $89 (USD) on Indiegogo to reserve a moj.io unit. But because it needs to be online – as of now, it’s partnered with T-Mobile in the USA and Rogers in Canada – expect to pay extra for an Internet subscription. U.S. pricing is $7.99/month or $79/year, and canadian pricing is $12.99/month or $119/year. Though if you buy on Indiegogo, you get your first 3 months of service for free.

I’m sure some people have a few privacy concerns with having a device like this available to everyone, but I think that overall the benefits outweigh the risks. Besides, tracking technology has been available for a long time now, it’s just that now it’s in the hands of common folk.