Mobile gaming is big business today with a huge number of apps and games available for all manner of portable devices and computers. More and more people are turning away from traditional portable game consoles and meeting their mobile gaming needs using a smartphone or tablet. The big downside to this is that touchscreen controls often leave a lot to be desired. 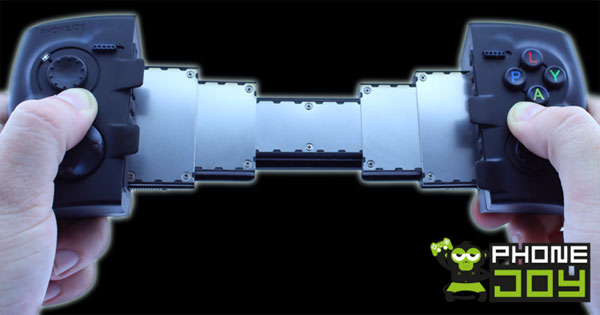 Adding better, tactile controls is where the PhoneJoy Play comes into the picture. The Play is a portable controller that turns your mobile phone or other device into a portable game console. While there are already other mobile gamepads on the market, the PhoneJoy is unique in that its collapsible design allows you to wedge just about any brand of smartphone between the two halves of the controller. 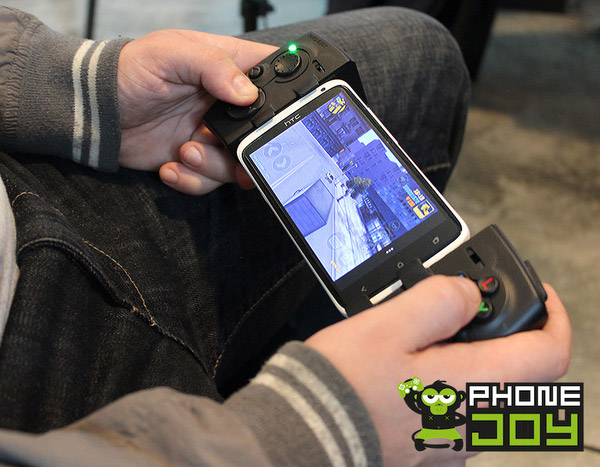 The device connects to your phone, tablet, PC, or other device using Bluetooth technology. The controller itself has 14 programmable buttons, as well as a pair of pressure-sensitive analog joysticks.

The PhoneJoy Play is in the prototyping stage, and currently seeking funding on Kickstarter. Right now a pledge of $50(USD) or more will get you a controller when they ship in April 2013 – assuming their funding goal of $50,000 is met.