JXD S5110 Handheld Game Console: The Unholy Marriage of a PSP and Android

While I’m personally holding out for the Archos GamePad, if you absolutely must have an Android 4 gaming device before the holidays, you might want to check 0ut this oddity. The Chinese made JXD 5110 bears more than a passing resemblance to the Sony PSP, but it’s all Android, all the time. 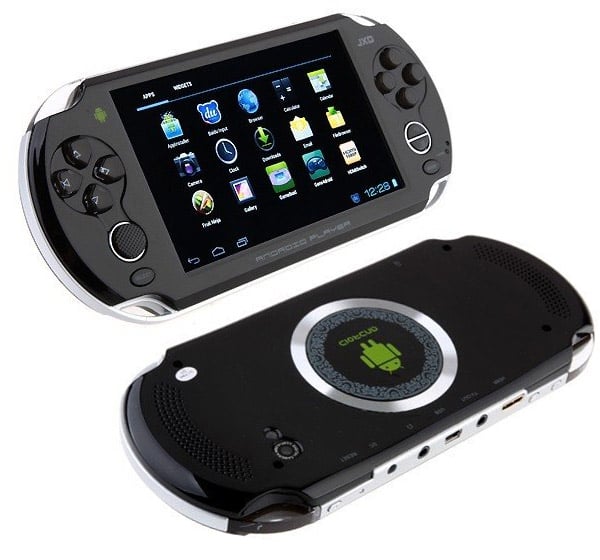 This handheld gaming system runs Android 4.0 (Ice Cream Sandwich), and supports 95% of all Android apps out of the box. It’s also got a (single) analog thumbstick, D-Pad, ABXY, Start/Select and shoulder buttons. Games are played on its 800×480 resolution, 5-inch touchscreen, and it’s also got a low-res (0.3 MP) rear camera built in. It’s powered by a an ARM Cortex A9 CPU, and has an ARM Mali400 GPU. It’s got 4GB of on-board storage, and can be expanded via a MicroSD card up with as much as 32GB of storage. Its built-in Wi-Fi supports 802.11g/b/n standards.  It’s also got an HDMI output so you can connect it to your TV. 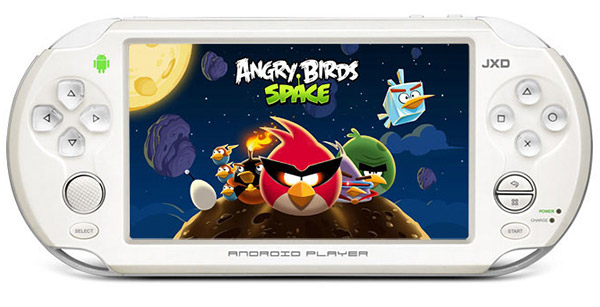 Of course, the main reason to buy a handheld like this is to play emulators of older gaming systems, and the S5110 can play classic games using any of the numerous Android-based emulators out there. It even comes pre-loaded with several emulators to get you started. While it’s definitely an odd-looking system, it’s available now, and costs under $100(USD) too. You can grab one over on Amazon in either Black or White.