Winnie the Who Cake: Tasty and Really Delicious in Stomach (TARDIS)

Now I’m not sure what the intersection is between Doctor Who and Winnie the Pooh fans is out there, but I think it’s actually a pretty big group. I certainly appreciate both of them. What makes this mashup between Who and Pooh even better of course is that it’s totally edible. 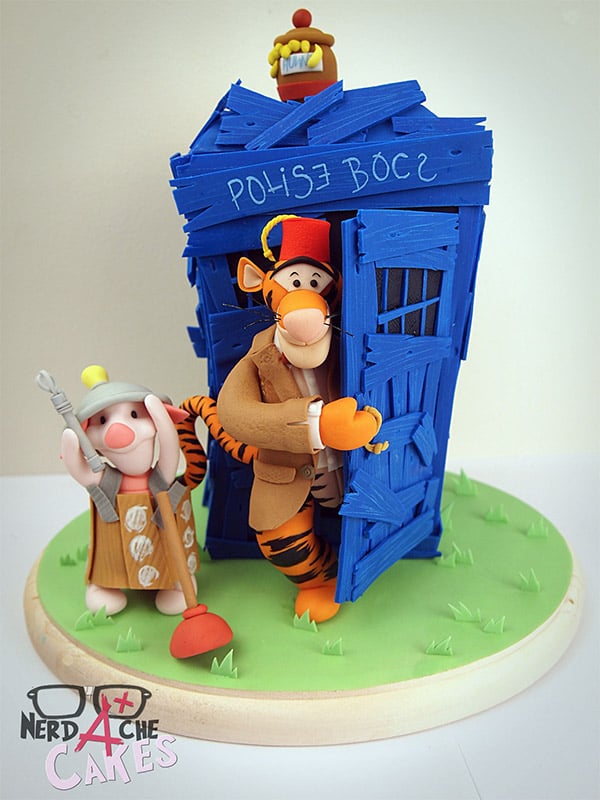 Inspired by a similar t-shirt design, this amazingly intricate cake was made by the talented pastry artists of Nerdache Cakes and shows Tigger and Piglet arriving from a recent journey through space and time in their “POLiSE BOCS” (complete with backwards letters). There’s also a jar of “Hunny” on the roof in place of the blue police light. The characters are made from fondant and chocolate, while the TARDIS is made from chocolate-hazelnut cake and triple-chocolate buttercream. Yum. 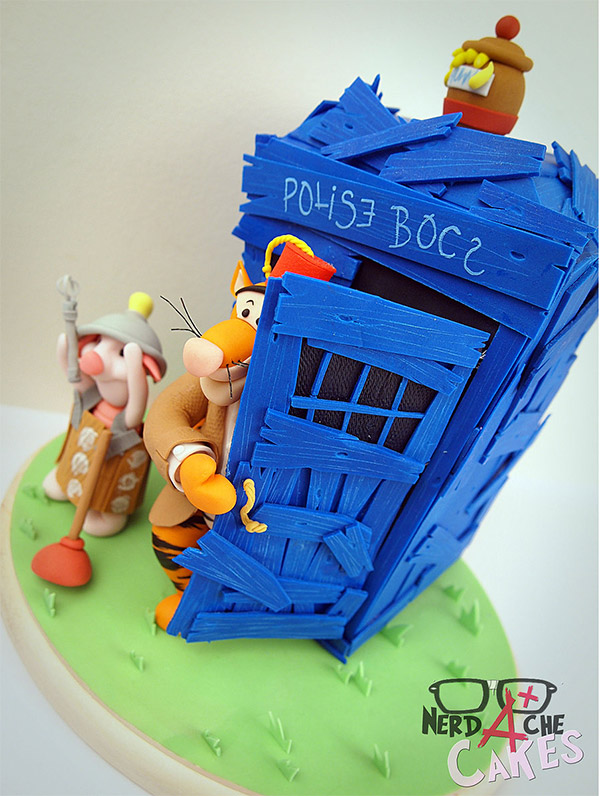 To me, it looks more like a sculpture than a cake, but it still is awesome, and way beyond my baking abilities. I certainly would have no problem eating the whole thing in one setting. It sure beats a pack of Jammie Dodgers.