OK, so maybe iOS Maps won’t kill you, but the police in Victoria, Australia have issued a warning to motorists, advising them not to rely on Apple Maps for directions in the town of Mildura. 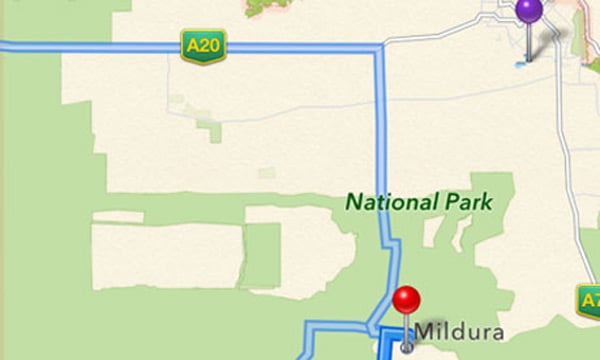 The location error led several drivers to become stranded in the remote Murray-Sunset National Park. The error placed Mildura 45 miles from its actual location. The police responded by describing the use of the app to navigate as “potentially life-threatening.” I’ve never heard of Google Maps killing anyone. At least not a human.

Actually, the incorrect location was included in the official Australian Gazetteer, so it’s not entirely Apple’s fault. Apple has since fixed the issue, but this is just one more a reason why they should have kept Google Maps in the first place. The text label on Apple’s maps has not yet been updated to show the correct location, but searches for and directions to the town show the right place, so you won’t need to worry anymore. However, it definitely makes you wonder what else Apple got wrong in iOS 6 Maps.

[via The Register via MacRumors]