If you have a girl on your Christmas list who is also a Star Wars fan (or if you’re going out with Darth Vader) you might want to pick up a pair of Death Star earrings this year. 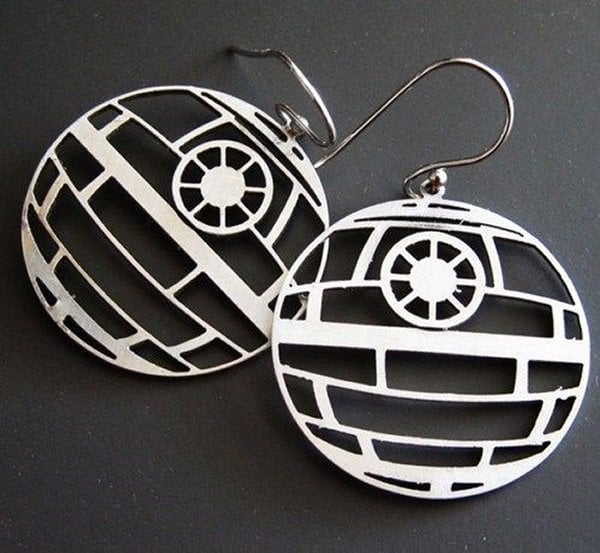 These sweet looking Imperial space stations were made by jewelry artist Rachel Sudlow. They are stainless steel and sterling with a brushed finish, hung from handmade sterling silver earwires. They measure 1″ wide by about 1.5″ long. They should look awesome on your girlfriend or significant other. Hopefully they won’t fire a laser at your brain to demonstrate their power. 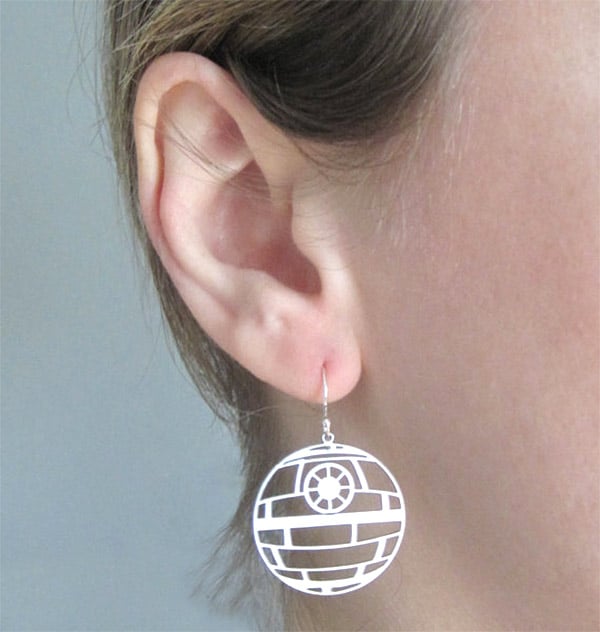 I feel like there should be a half-finished version to represent the second Death Star in Return of the Jedi, but these are pretty cool anyway. They will cost you $48(USD) for the pair, significantly less than the cost of building an actual Death Star, let alone two of them.