Audiophiles, here’s a cool new gadget on its way that you’ll definitely want to check out. It’s called the Olive ONE, and it’s a digital home music player system designed to provide top-notch sound and a myriad of other features. 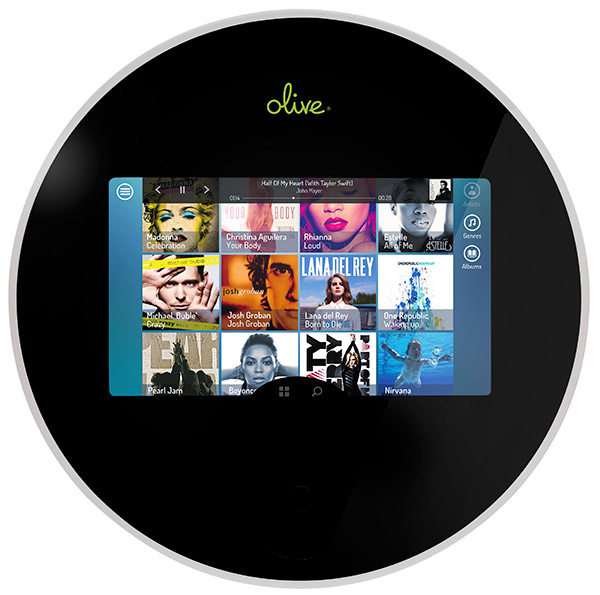 The first thing you’ll notice about the Olive ONE is its unusual, but elegant circular form factor. This makes the 9-inch diameter, hand-built aluminum and glass player stand out from the crowd visually, but also makes it one of those gadgets you’ll want to leave out on a table or shelf instead of hiding it inside of a media cabinet. 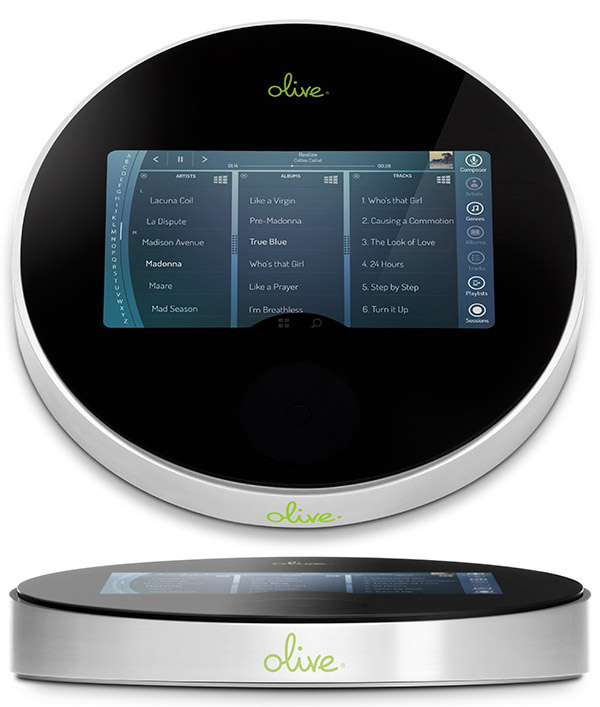 For starters, the Olive ONE is an all-in-one music player that can handle just about any format you throw at it.  It can play MP3, FLAC, ALAC, WAV, AIFF and iTunes tracks. It also supports streaming music from Spotify, Pandora, YouTube and other services. And you can also store files locally if you add on a 2.5″ SSD or hard drive. The device can be controlled via its own 7-inch touchscreen interface, your iOS or Android device, or even via your TV via Miracast Wi-Fi (a list of Miracast display devices can be found here.) You can connect multiple Olive ONEs in a network, so you can play the same or different tracks in each room of your house. 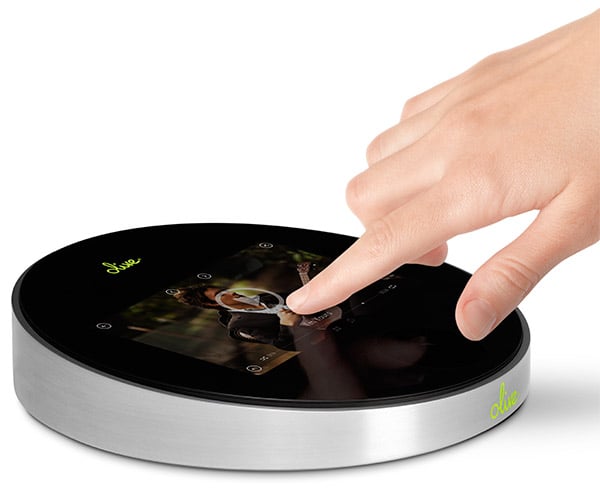 Audio is processed by a 32-bit/384kHz DAC by Burr-Brown and dual HD amplifiers, so audio snobs should have nothing to complain about when they hook the Olive ONE up to their speakers. And speaking of speakers, down the road Olive plans on launching the ONE Box, a speaker accessory that sits underneath the player, with a similar circular design. For now, you’ll have to provide your own. 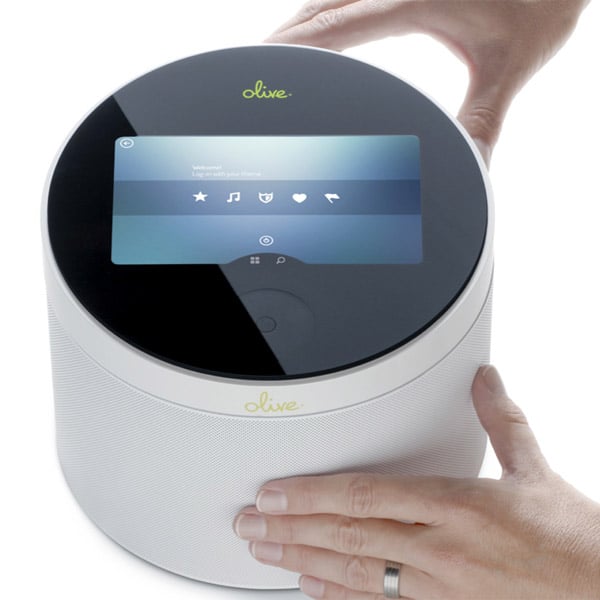 Olive is also launching the Olive ONE with an open architecture, which means that you’ll be able to create your own custom applications for the device. They plan on releasing an SDK for developers in May 2013, in advance of the player’s July 2013 release date.

Instead of launching the ONE through traditional channels, Olive is raising funds for its launch through IndieGoGo now through February 1, 2013. This allows them to ramp up production faster and sell the units at a much lower cost than they normally would. A pledge of at least $399(USD) will guarantee you one of the first units, and $100 more adds in a 1TB A/V grade hard drive. You can also buy a $50 or $100 gift card you can apply to a later purchase – in case you want to put something under the tree this holiday season.