If you’ve had your eye on People People’s clear-cased speaker, you’re in luck. The Swedish design studio have started a fundraiser for their beautiful minimalist and modular speaker. 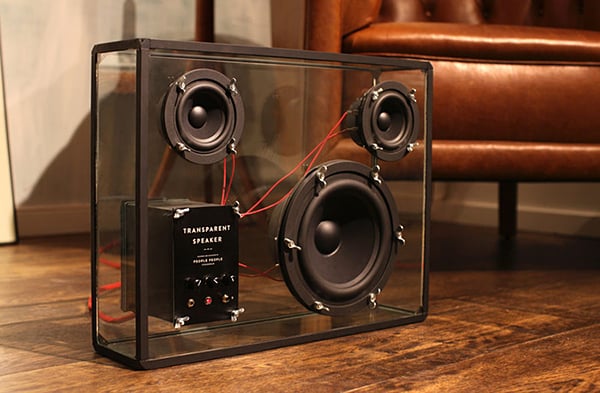 The updated production version of the speaker has a 6.5″ subwoofer, two 3.5″ drivers, an amplifier with Digital Signal Processing (DSP) and a powered USB port so you can attach a Bluetooth or WiFi dongle to it. People People also think that their speaker pairs well with Apple’s Airport Express – giving it AirPlay compatibility – so they’ve also included a slot for the device.

As the Swedes promised, the speaker can be ordered fully assembled or just as a kit sans the glass case. The modular design of the speaker means it will be easy for owners to replace or upgrade its parts for further customization.

If you’re interested in getting a Transparent Speaker I suggest you head to Kickstarter ASAP because early backers can get a significant discount. As of this writing you can get the kit for as low as $360 (USD) and the fully assembled version for as low as $490 (USD).