Dead Space 3 should be one of the first big video games of 2013. This horror/sci-fi franchise has been around for several years and the third installment is expected early next year. EA and Visceral Games have announced a new feature for Xbox 360 owners who play the game. Players who have a Kinect hooked to their console will be able to use their voice to control the game. 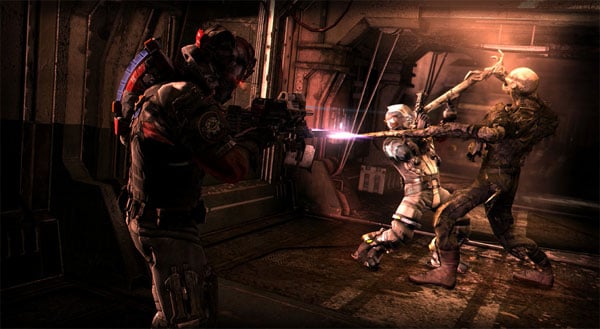 Players will be able to issue commands including find partner, attack enemy, fire stasis, and more. Players will also be able to give each other health, ammo, find objectives, and revive fallen comrades all using their voice.

Only Xbox 360 gamers will get this voice interaction, though the game will be available for the PS3 and PC as well. The North American launch date is February 5, 2013, and the game will launch in Europe a few days later on February 8, 2013.