Have you ever wanted to fly with a jet pack? Well it may still be a long time before solo jet flight is an everyday mode of transportation, but if the guys behind the Jet Vest have their way, man’s quest for individual flight will be just that much more likely. And if you’ve got the money, you might even get a chance to fly one. 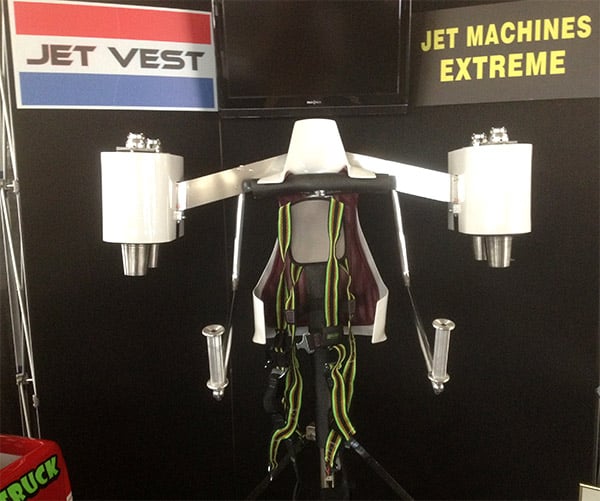 Inspired by the original Bell Rocket Belt seen in movies like James Bond’s Thunderball, Dieter Sturm and Jeff Seymour of Jet Machines Extreme have been working on what they’ve coined “the next generation of personal flight.” 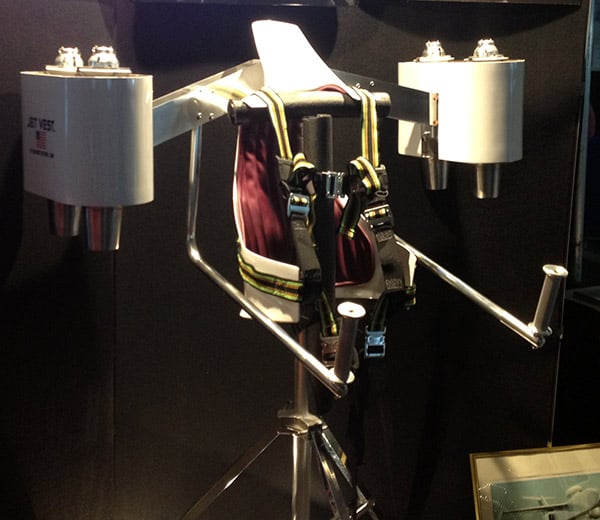 The team is currently building a wearable jet pack that’s powered by a pair of micro jet turbine engines – different from the dangerous hydrogen peroxide rocket engines found on other jet packs. Their goal is to build a pack that can carry up to 400 pounds, providing free flight of up to 4 minutes at a time. In addition, they expect that their jet technology will carry a passenger for as little as $20 per flight, versus a fuel cost of $1200 to $1400 for rocket-powered packs.

So far, they’ve been working on functional engines and a prototype version of the Jet Vest, but have exhausted their personal resources to get the first phase of development and engineering complete. They’re now raising funds over on Kickstarter to complete the second phase of development of their Jet Vest, to bring the vest to fruition.

While you can contribute as little as $10 to help fund the project, while those who pledge $500 or more will get access to behind-the-scenes videos of the testing of the pack, $2500 puts you on the crew for a test flight and $5000 or more actually lets you fly the Jet Vest (on a tether).