Darth Vader Desk Caddy: Luke, I Am Your Organizer!

If you’re looking for a place to put that plant you’ve got, or just have a bunch of crap lying around your desk that needs a home, then look no further than this Darth Vader desk caddy. 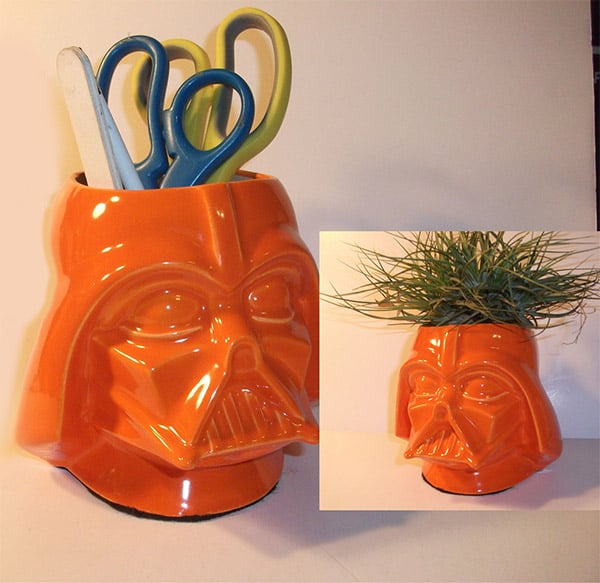 This cast ceramic caddy was made by Strokes of Madness and coated with an awesome neon orange glaze to make it really stand out. Yeah, I know Darth Vader’s helmet wasn’t orange, but that doesn’t mean it shouldn’t have been. Maybe in Episode VII, they’ll figure out a way to do that. Perhaps Luke will find himself turning to the Dark Side like his father did, and then don an orange outfit as a tribute to dear old dad. Luke Vader kind of has a nice ring to it, doesn’t it? 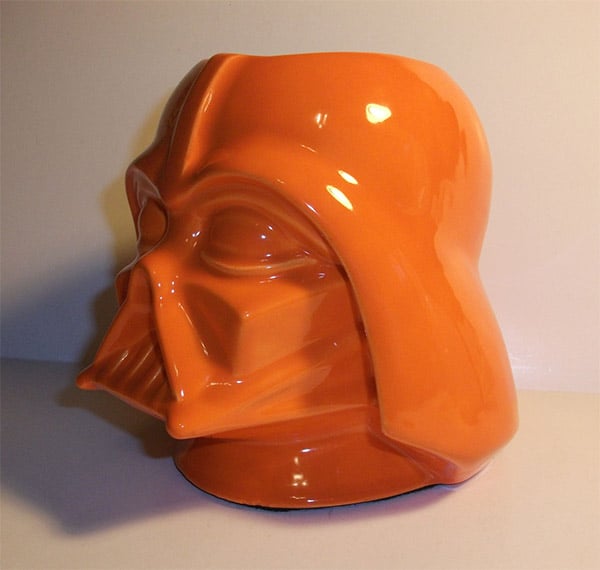 But I digress. If you want this caddy, head on over to Etsy – where you can grab it for $28.99(USD). If it’s gone by the time you get there, there’s always the Vader nightlight, with glowing red eyes and breathing apparatus. Though I still vote for the Orange Lord.