Giant Asteroid Could Destroy the Earth in the Distant Future 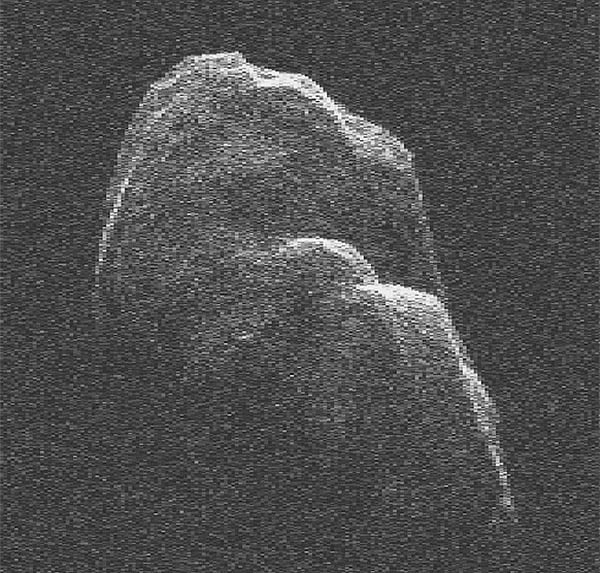 NASA says that while the asteroid posed no hazard to the Earth at this time, theoretically it could come back and destroy everything sometime after the next 400 years. Scientists say that if this massive asteroid were to strike the Earth it would almost certainly wipe out anything living on our planet. The asteroid is about 3 miles wide and has an elongated and irregular shape. In comparison, the asteroid that is believed to have made the dinosaurs extinct was about 6 miles across according to estimates.

NASA says the asteroid spins on its axis every 5.4 days and resembles a wobbling football. The space agency has enough data to plot the orbit of the asteroid for approximately the next 400 years. They say that the asteroid poses no hazard to the earth during that time, but after that, things could change. Therefore, the asteroid will remain labeled as “potentially hazardous.”