Hard Drive Clock Spins the Time onto Your Wall 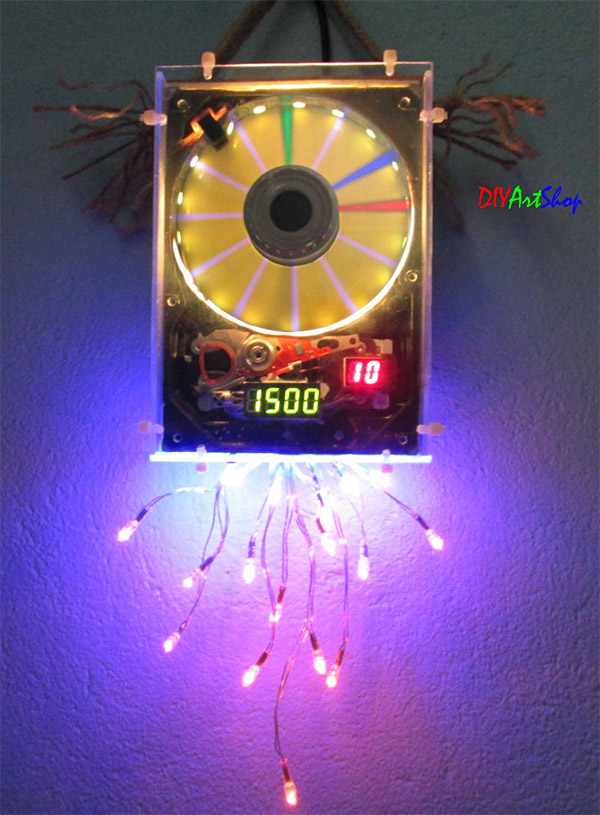 This custom-built wall clock comes from Etsy’s DIYArtShop, and is based on an earlier design shown over on Instructables. The clock tells time by using colored LEDs that flash rapidly and display the hours, minutes and seconds through slots cut in the rapidly-spinning hard drive platter. The red hand tells hours, the green one is minutes, and the blue one is seconds. There’s also a digital clock at the bottom if you don’t feel like reading the hands. All of those extra LEDs dangling from the bottom are just for show. See it in action in the video clip below:

It’s for sale over on Etsy for $77(USD), which I think is a steal for how cool this thing looks when it’s telling time – though I might get rid of that rustic looking cord that they used to hang it from the wall and replace it with something more modern like aircraft cable. There’s also a desk version available for $87 if you’d rather not hang it on the wall.