Medal of Honor Warfighter Zero Dark Thirty Map Pack: Play It for a Good Cause

Today marks the launch of a new map pack for fans of the game Medal of Honor Warfighter. The map pack is the Zero Dark Thirty pack that was promised a while back. The maps are available for download right now to coincide with the limited release of the movie Zero Dark Thirty tomorrow, December 19. 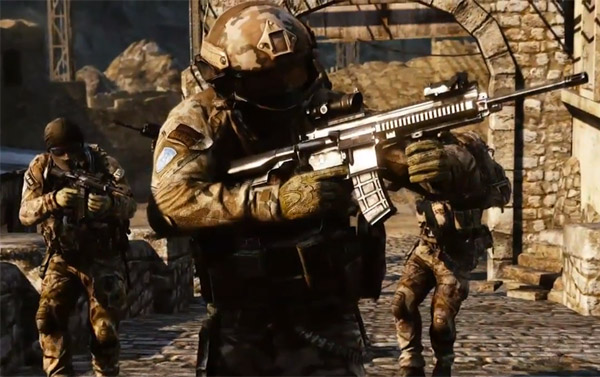 EA has announced that it will be giving one dollar from each Zero Dark Thirty map pack purchased from now until March 19, 2014 to the Special Operations Warrior Foundation, which provides scholarships and support to the families of fallen or severely wounded troops.

The map pack costs $9.99(USD) on the PlayStation Network or 800 Microsoft points for Xbox 360 gamers. The expansion pack adds two maps based on real-world locations.

The first map is called Darra Gun Market and is based on the Pakistan arms bazaar. The second is called Chitral Compound set in a rugged area governed by tribes that don’t allow the Pakistani army to operate there. The map pack also includes 60 weapon configurations, 14 new weapon camouflage skins, and 10 new multiplayer ranks.