Robot Dragonfly Flaps Its Tiny Wings into Our Hearts

While I’m already pretty happy with my AR.Drone 2.0, there’s no question it’s a pretty big and noisy flying machine. But if you’d rather have a tiny and quiet R/C flyer, then you might want to invest in the Robot Dragonfly. 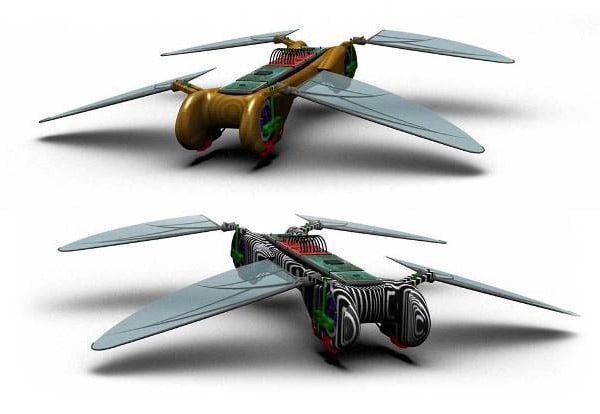 This amazing little UAV is modeled after a dragonfly, using a set of four articulated wings to carry itself through the air. The 25 gram flyer can not only hover like a helicopter, but fly like an airplane too. TechJect, the team behind the Robot Dragonfly has also figured out a way to fly without the noise found in other flying drones. This thing is truly capable of performing espionage and surveillance. 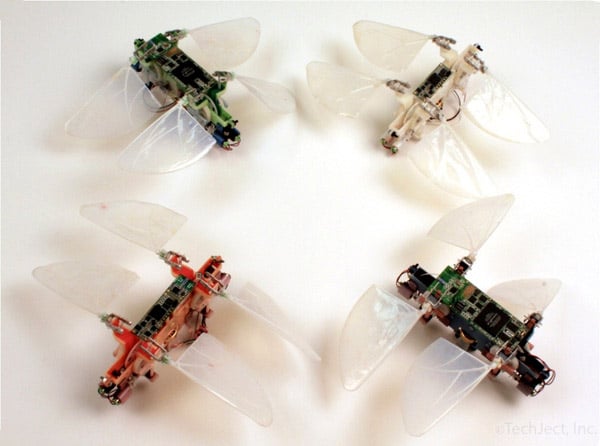 The palm-sized flying drones are designed to be modular, and offer upgradeable parts and bodies. For launch, the Robot Dragonfly will be available in four different models, ranging from a basic flyer called the Alpha – with an on-board flight computer and solenoid actuators, to the Delta which upgrades the mechanism to a continuously-variable transmission, while the Gamma and Omega models which have more sophisticated computers on board, as well as Wi-Fi and a video camera. In fact, the Omega bundle comes with two cameras.

While there were some deeply discounted prices that have already sold out to the earliest contributors to the project, you can get your hands on an Alpha Dragonfly over on Indiegogo for as little as $149(USD), while the Delta is going for $249, the Gamma for $399 and the Omega for $599. All models are expected to ship between July and September 2013, and the project wraps up funding on Monday December 31st.