Japan’s Club Nintendo is famous for offering weird, wacky and wonderful collectibles for its members. It turns out that a couple of years ago, one of the special items made available to members was this set of Super Mario Bros. hankies. 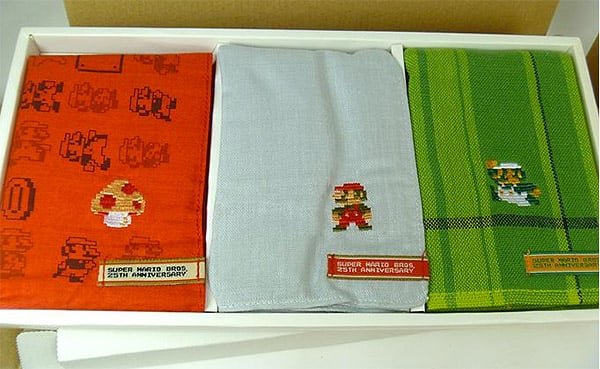 The set was created to commemorate the 25th anniversary of the classic NES game, because nothing says “Silver Anniversary of one of the all-time classic video games” like a set of snot rags. The set features a red hankie, embellished with a mushroom, a gray one with Mario in his trademark red overalls, and a green plaid one with him in a rare pair of white overalls. 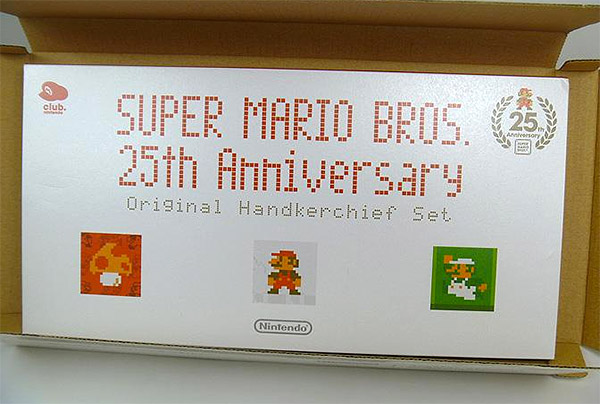 While the set was originally available only to Club Nintendo members, the guys over at NCSX have gotten their hands on a batch of these so you can enjoy them now too. They’re going for about $40(USD) for the set of 3 handkerchiefs, complete with commemorative box. All I ask is if you buy a set that you promise not to blow your nose into them.