I like to think that I’m pretty plugged into retro geek culture, but I have to hand it to the guys over at You Found a Secret Area! for turning up something I’ve not seen before – a series of Atari 2600-themed cars from Hot Wheels. Oh, and you can still buy them! 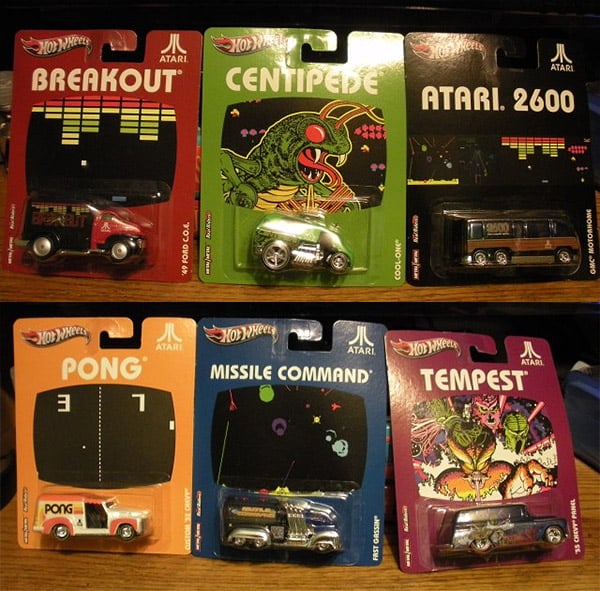 The 1/64th scale die-cast vehicle series is packaged on cards that look like classic Atari 2600 games, including Breakout, Centipede, Pong, Missile Command, and Tempest. There’s even an Atari 2600 party bus (aka Urban Assault Vehicle) for good measure. I’m not sure if the vehicles really make much sense, but they’re still an awesome bit of swag for any collector of Atari 2600 memorabilia. My personal favorite has to be the Centipede monster machine – it totally reminds me of the 1970s with its funny car styling and giant exhaust headers.

Here are a bunch of detailed video shots of each vehicle, courtesy of Hot Wheels Nation:

You can find them over on Amazon for $9.99(USD) each. But you’d better move fast before they all become as hard to find as a copy of Air Raid.