LEGO fans have a treat in store if they are planning a trip to LEGOLAND in Carlsbad, California next year. You’ll soon be able to stay in the official Legoland Hotel which will open on April 5, 2013. The exterior has a LEGO dragon guarding the entrance and all of the rooms are decorated too. 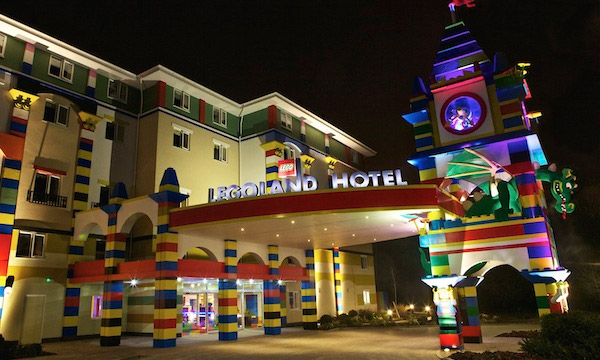 Guests can choose from a Pirate, Kingdom or Adventure themed room. There are 250 rooms in all, with two separate sleeping areas. You get a queen-size bed for grown-ups, and a separate area for up to three little ones, a bunk bed, pull-out trundle bed and their own TV. When you stay there you also get your family exclusive early admission to LEGOLAND.

The hotel will feature over 3400 LEGO models throughout the premises, built from over 3 million bricks in total. It’s too bad that the entire hotel isn’t made from LEGO bricks.