You might remember back in May of this year I mentioned a meteorite that had entered the atmosphere over Northern California and caused a fireball during the day. Researchers were quick to bring in a giant blimp to search for large fragments of the meteor on the ground. As it turns out, the search with that blimp discovered no large meteorite fragments. 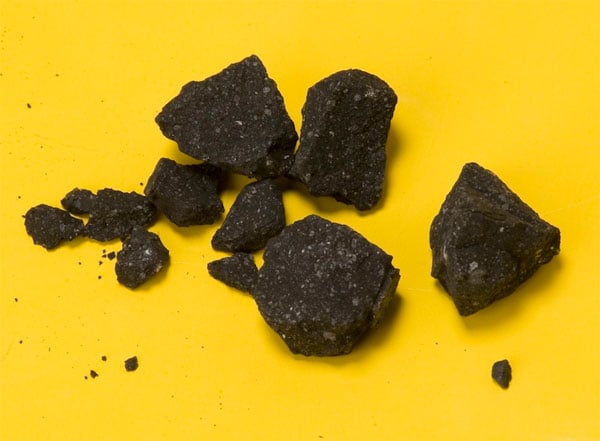 However, we’ve now learned that the researchers did collect a number of small meteorite fragments from the site totaling about 1 kg in weight. The researchers also estimated that the meteorite, before it broke up, had a mass of about 40,000 kg, giving it a diameter of 2.5 to 4 meters.

The meteorite entered the Earth’s atmosphere in an easterly direction and then detonated at an altitude of 48 km above the Earth. The researchers now estimate that the detonation was equivalent to 4 kilotons of TNT. That also means that the explosion of the meteorite was roughly equivalent to one-quarter of the blast from the nuclear weapon dropped on Hiroshima.

The most interesting factoid to come out of the investigation into the meteorite was that the scientists have estimated that the meteorite entered the Earth’s atmosphere at 28.6 kilometers-per-second or about 64,000 mph. That makes it a record-setter for entry velocity for meteorites where fragments were recovered.