Kevin Bacon is so well-connected that everyone in the world (or at least, in the world of showbiz) is only separated from him (or to others, because of him) by no more than six degrees.

And now Kevin Bacon himself has been immortalized in bacon by mosaic artist Jason Mecier. 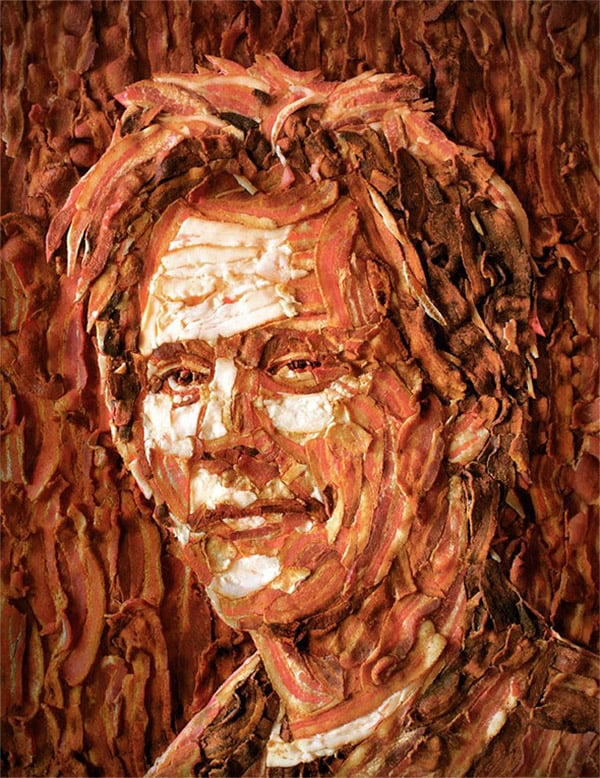 Mecier is no stranger to food art. He previously crafted beef jerky mosaics of Barack Obama and Mitt Romney, and will no doubt continue to do so in the foreseeable future.

All I can say is, Kevin’s got some fat cheeks and an even fatter forehead. Yum!

[via Foodiggity via Neatorama]