There’s just something so retro-futuristic about the idea of giant wrist-worn communicators. In the real world, we pretty much skipped right over these  contraptions and went straight to smartphones. So if you don’t have a Pip-Boy 3000 lying around, here’s the next best thing. 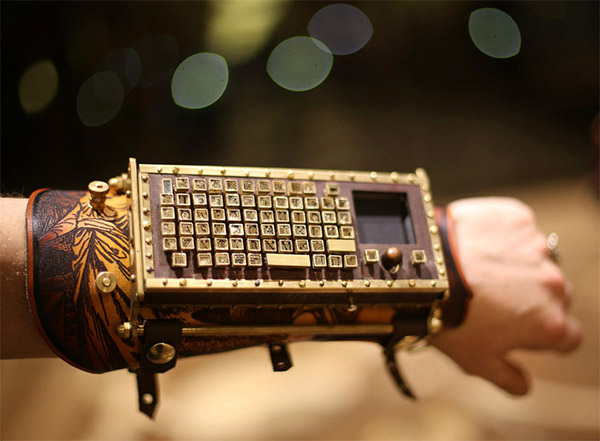 What you’re looking at is a fully-functional wrist-worn Bluetooth keyboard. Its been done up in a sort of Steampunk leather and brass arm guard, which should offer both protection and computing on the go. From the pics, it actually looks like there are two variants of the keyboard floating around – one with square keys (which I prefer), and the other with little round ones. 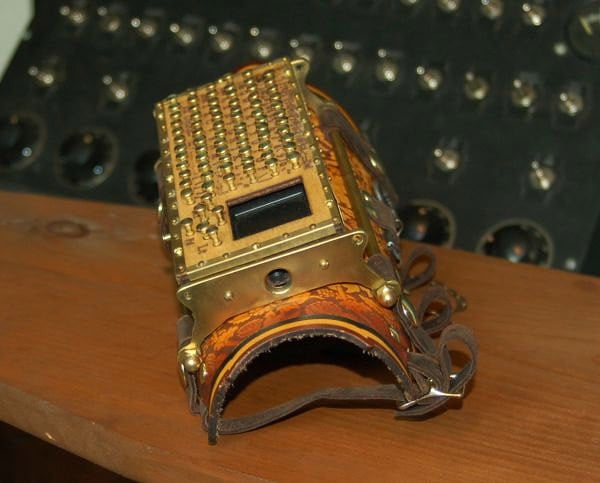 They were built by Thomas Willeford of Brute Force Studios, and appear to have gotten their start as those cheap little Bluetooth keyboards with the touchpad built in. But that’s where the similarities end. The leather and brass work is quite intricate, and that’s probably why these things are selling for $1200(USD) each.

Head on over to Etsy to check out more pics.