Let me start by saying that this Batman chess set will set you back $795(USD). That’s a lot of money in this economy – especially during the Christmas season. It’s amazing just to behold, let alone play with. A press of the Batman symbol illuminates 50 LED lights around the clear playing surface, with Gotham City underneath and projecting a Bat-Signal into the sky. Yeah, now I have to have it. 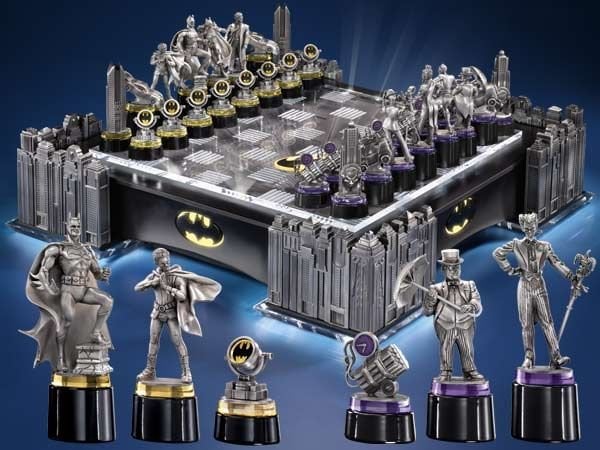 This set is full of awesome details. Playing pieces include the Joker, Catwoman, Riddler, Penguin, Batman, Robin, Batgirl and Commissioner Gordon among others. The board measures 20 inches on each side, while the  pieces measure between 2-1/2 to 5-1/2 inches tall and are made from fine pewter and die-cast metal.

I no know how Bruce Wayne plays chess when sitting alone in the Batcave.