Some people love Facebook, some people hate it. For me, it’s somewhere in-between. Unlike some other services like Twitter for which I keep a tab or a screen open, I check on what’s happening on FB a couple of times a day, no more. Facebook has announced that effective December 20, they will allow a small group of users to pay in order to have their messages routed directly to your inbox. 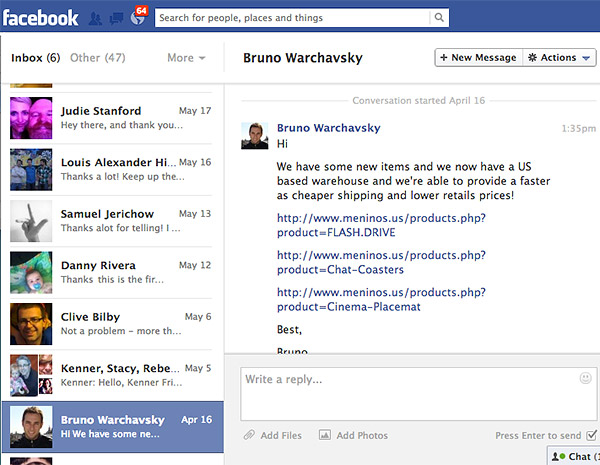 During the test, Facebook will let select non-connected users send messages into your inbox, instead of going to the “other” folder. It’s supposed to be an experiment that will validate the usefulness and create a new revenue stream for Facebook. They’re claiming it’s supposed to discourage unwanted messages and facilitate delivery of messages that are relevant and useful. Has anyone ever heard of useful spam? I haven’t.

On the plus side, there will be a maximum of one message per user per week – and is charging $1 per message – so it’s unlikely that it can be abused by spammers – at least not yet. However, it’s unclear how the service will evolve once the testing ends.