About a month ago, a project launched on Kickstarter called the Light by Moore’s Cloud. Unfortunately, the project failed to meet its funding goal, despite gathering about 2,000 supporters. With the company’s Kickstarter funding plans foiled, it has decided to run its own homegrown crowdfunding project. 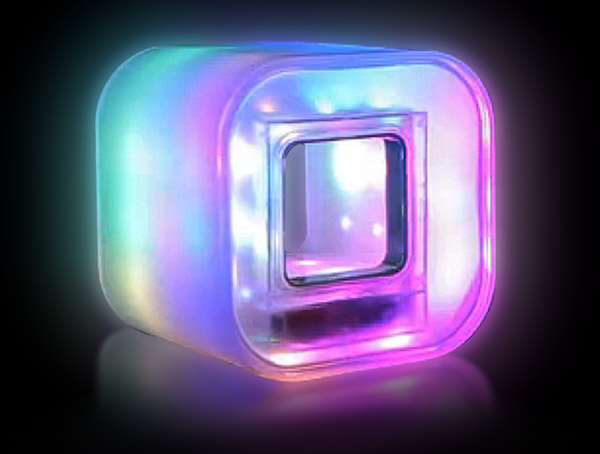 The Light is an open-source, computer-controlled cube that has 52 individual LEDs inside that can change to any of 2 million different colors. The light can be configured to produce static colors, or cool animation effects. The Light is also Wi-Fi connected allow you to control it from an application running on the iPad or iPhone. And since it’s running an embedded Linux computer with the LAMP stack on it, you can write your own custom applications for it as well.

Moore’s Cloud is now seeking funding from its own website allowing people to pre-order the Light for $149(USD). That is about $50 more expensive than the device was on Kickstarter. Not only is the device more expensive, but it now has a $10 shipping fee as well. The increased prices will allow them to go into production with about 3,000 of the lights being pre-sold, which is significantly lower than the nearly 7,000 they had to sell to hit their Kickstarter goal. The increased price could be a turn-off to the people who had previously committed on Kickstarter, so only time will tell if they will hit their goal.

Assuming they can make it this time, they’re estimating a ship date of July 2013.