Polaroid Mirrorless Android Camera to Be Unveiled at CES 2013

It’s been confirmed that Polaroid will unveil an Android-powered, mirrorless, interchangeable-lens camera, at CES 2013. While I would have liked for Polaroid to announce that they will continue making old-school instant cameras, this isn’t bad news. 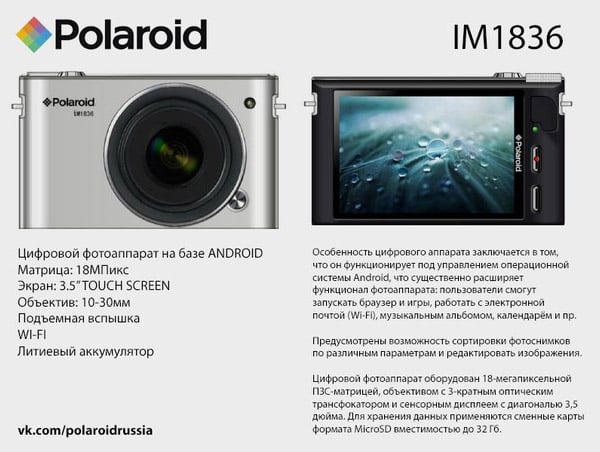 The rumor mill says that the Polaroid IM1836 will have an 18.1-megapixel sensor, and a 3.5-inch LCD touchscreen. It was also said that the camera will include a pop-up flash, Wi-Fi, an HDMI output, a 10-30mm lens and will use MicroSD. There aren’t many more details available, but hopefully we’ll get more information after the new year, or perhaps even some sneaky bits during the holidays. Most of Asia is working during Christmas, after all.

There’s no word yet on what the price point will be for the camera.

[via PopPhoto via Gizmodo UK via Ubergizmo]