How can you not love sharks? These awesome creatures are both feared and admired as some of natures most incredible creations. But it’s eat-or-be-eaten in the world of the shark, so maybe you should bite into them before they bite into you. 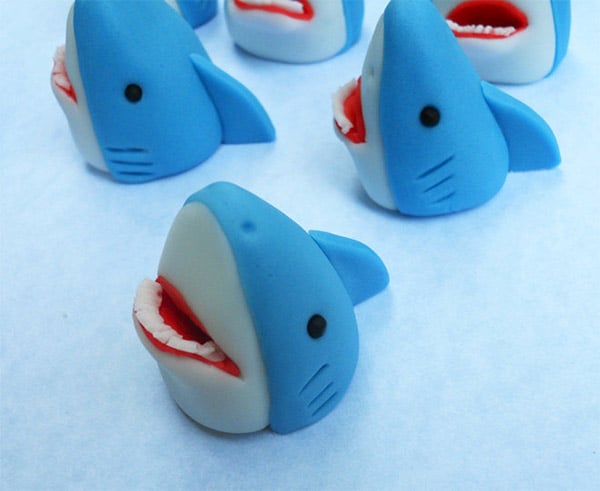 Thankfully, with these awesome 3-dimensional shark cupcake toppers, you can do just that. These detailed little sharks are the perfect dessert topper for that Jaws screening party you were planning now that it’s finally been released on Blu-ray. 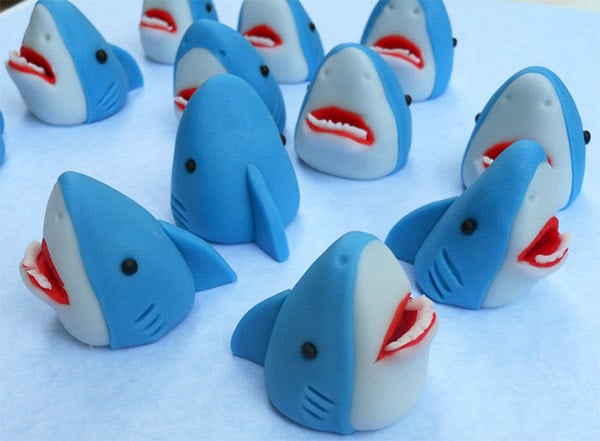 Each one of these tasty little sharklets has been sculpted by Marison Mann of Sweet and Edible using fondant icing, and can be placed on top of your favorite cupcake or cake to complete your sea-themed get-together. Or if you’re like me, you might just eat them straight out of the box. That’s just how I roll. A set of 12 of these cute and cuddly ediblesharks will cost you $35(USD), while a set of 6 sells for $20. Laser beams sold separately. 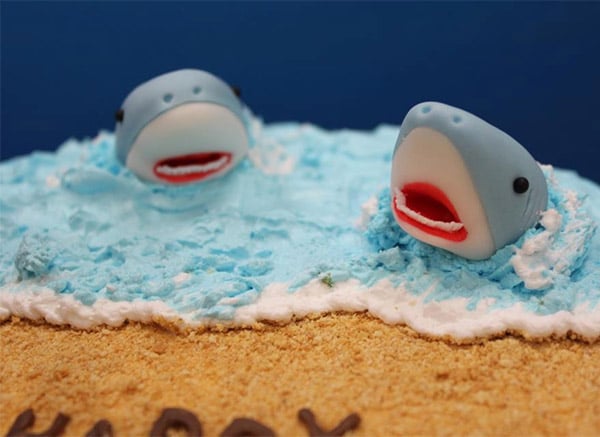 And if you’re ready to top off a really big cake, be sure to check out the jumbo-sized shark cake topper, which appears to have many more big, pointy teeth. 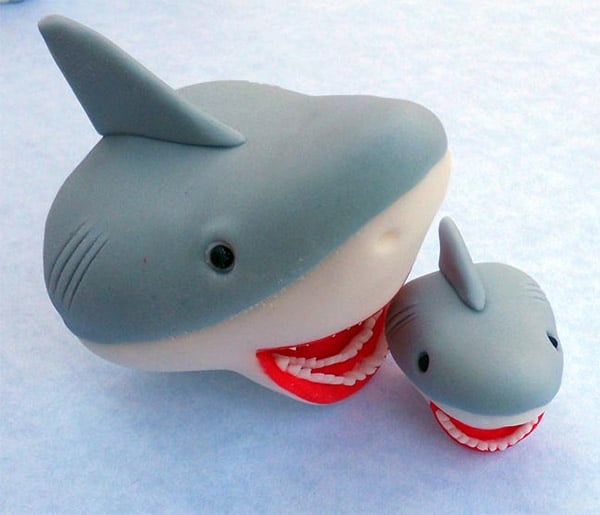