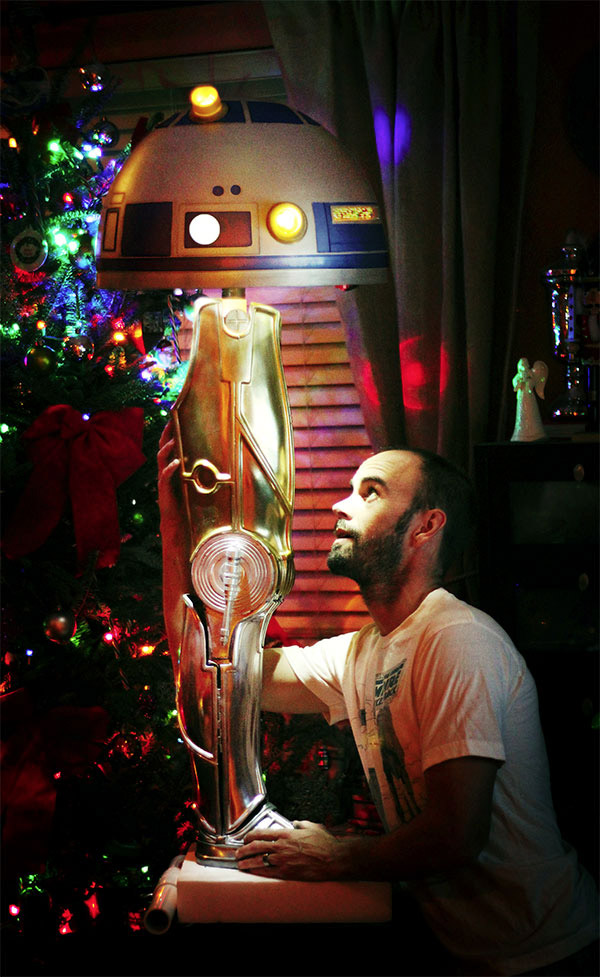 This genius work of geeky craft was created by Gordon Tarpley as a combined celebration of both Star Wars and A Christmas Story. It looks like what might happen to R2 and 3PO after the Jawas had their way with them. He better not let his wife see him ogling it or she might knock it over and use up all the glue on purpose.

Who knew that they celebrated Christmas a long time ago in a galaxy far, far away?

[via Distracted by Star Wars via Obvious Winner]