Great Scott! LEGO Back to the Future Set Gets Official

Despite numerous unofficial builds, fans have been waiting for an honest to god authentic Back to the Future LEGO set for years. And now it looks like we will get our wish thanks to LEGO crowdsourcing site Cuusoo. LEGO has announced that an official BTTF is now in the works. 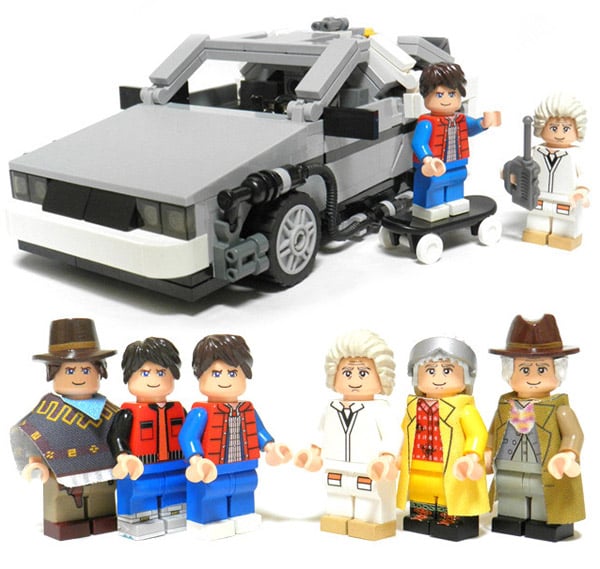 The Back to the Future Cuusoo campaign was launched over a year ago by a team of LEGO builders, and since then the project has gathered over 10,000 supporters, and was selected by LEGO out of its Summer 2012 review of Cuusoo finalists. Three sets were proposed in the original campaign, including a standard DeLorean from BTTF with a Marty figure, skateboard, and a Doc figure. The DeLorean with hover modification from BTTF2 along with Marty, a hoverboard, and Doc in his future outfit. There was also a western-themed BTTF3 set. At this point, we don’t know which version LEGO will release. The set will be called the 21103 Back to the Future Time Machine.

I’m betting it will be the standard DeLorean, though it would be awesome if LEGO included parts for you to reconfigure it into different versions. The final model will become available sometime in mid 2013, so we’ll have to wait a while to see the final model.

One other cool tidbit about this model. Since Cuusoo contributors get a 1% commission on any LEGO sets sold that come out of the process, and Team BTTF has decided to donate their earnings to the Michael J. Fox Foundation for Parkinson’s Research.

A LEGO Sony Walkman Sounds Like a Great Idea
Advertisement