Facebook Poke Mobile: This Message Will Self-Destruct in 5 Seconds

It seems there is always someone Poking you on Facebook. To be honest, I’ve never replied to Pokes since they’re pretty silly, but Facebook has recently launched a new mobile app that will take things beyond the usual Poke. 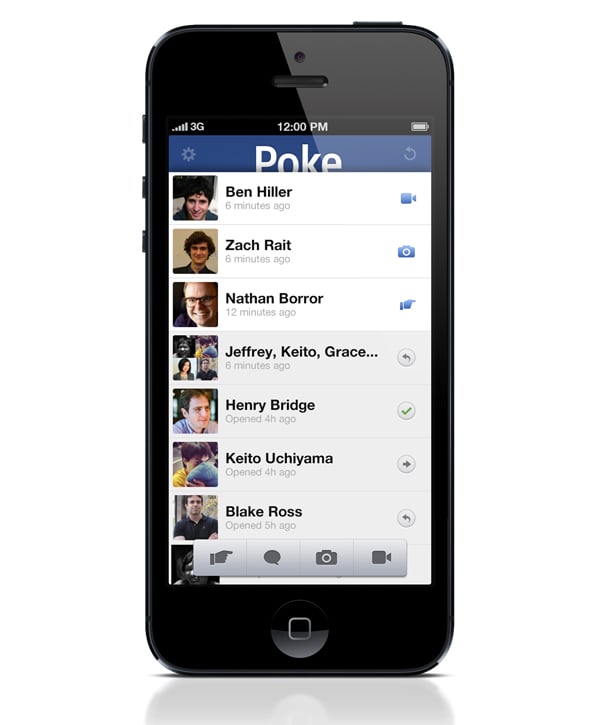 Facebook Poke allows users to alert to their Facebook friends, sending quick, disposable messages, photos or video in order to share them without posting them to your timeline.

Pokes are set to self-destruct, lasting for 1, 3, 5 or 10 seconds after viewing. Basically, if you use it to send racy pictures to your boyfriend/girlfriend, knowing that they will be erased fairly quickly. In addition, Facebook says they are wiping out all of the Pokes encryption keys 2 days after viewing the message, so they can’t be recovered. Then again, you never know what Facebook will do with them. Ultimately, don’t they need to monetize them? After all, they do have shareholders these days.

iOS users can grab Facebook Poke on the App Store now. There’s no word on an Android version as of yet.