I’ve gotten used to my computer rig making lots of noise, when it’s totally quiet, it usually indicates some sort of a hardware failure. Some computers run 24/7 and generate a lot of heat because getting work done. While there are certainly some machines out there that have no fans and are pretty quiet, Redditor DeFex wanted to build a rig that was completely silent, by doing away with fans, and all other moving parts. 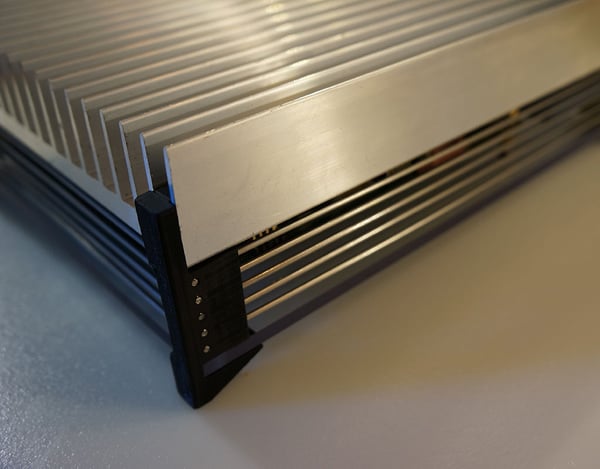 His DIY silent computer  features a 65W Intel Core i5 Ivy Bridge processor, so it’s powerful enough to handle all his media center needs. A solid state disk replaces a traditional IDE drive, which gets noisy. SSDs also generate less heat. This system also has no DVD or Blu-ray drive. In order to cool this computer, DeFex picked up a large 10″×7″ heatsink from HeatSinkUSA, which draws away heat from the motherboard. 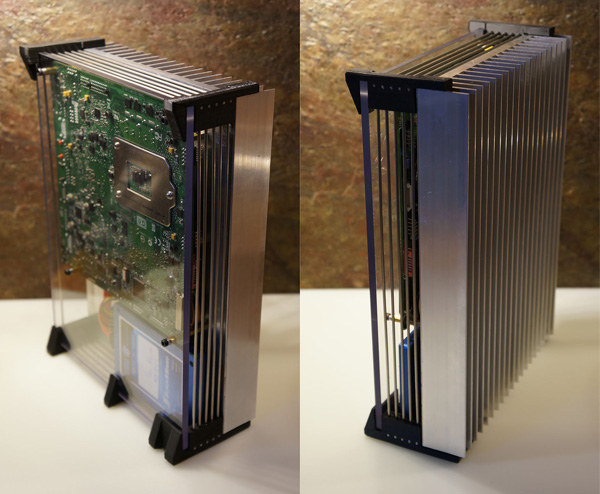 The case includes some parts that were 3d-printed using a MakerBot 3D. The overall project is pretty cool, though it’s still a work in progress. You can check out more pics of the build over on imgur. 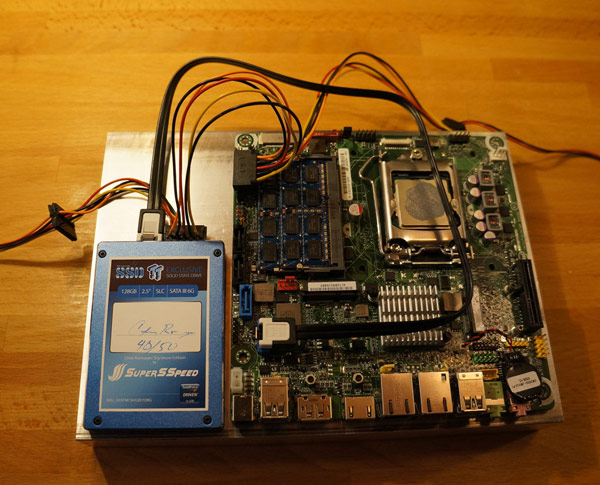