If you use an Apple gadget with a 30-pin connector and frequent Kickstarter, you may have noticed a project on the website over the last month or so called the POP. This is a squat little circular charger that looks like a miniature garbage can designed to charge Apple devices and other smartphones. The project was originally seeking $50,000 in funding. 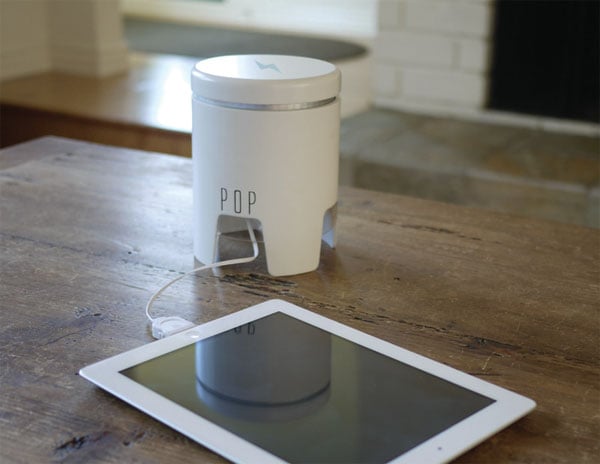 Enough people were interested in this charger that 1000 backers ponied up over $139,000 in pledges. Once the project funded, backers were undoubtedly saddened to hear that the project was unexpectedly canceled. The reason for the cancellation was that Apple had withdrawn its approval for the product because they objected to having both a Lightning connector and any other type of connector in the same device. While the rule may have existed for aesthetic reasons, there appeared to be no technical reason that it couldn’t be done.

After a large public outcry, Apple has since gone back and reworked its rules and the POP charger project is back on schedule. The designer of the product has already sent out e-mails to backers telling them that refunds, which were previously announced, will no longer be given and the project is moving forward.