Even though wireless speakers have come a long way, there’s still a need for audio docks. I’m guessing that this spherical dock from Samsung will most likely be announced at CES 2013. It’s already been spotted for sale on Amazon Germany. 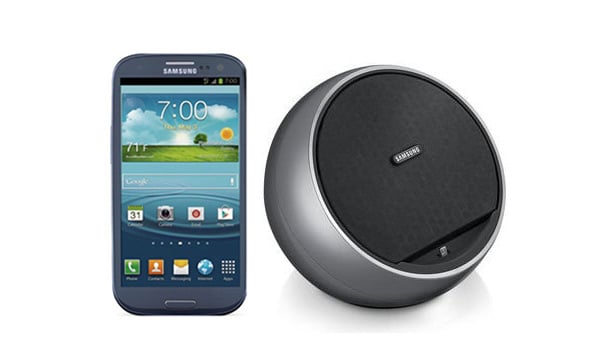 The Samsung ESP-30B Music Dock was designed to work with almost any device that Samsung has made, including the Galaxy devices as well as Windows Phone models. They will be able to dock on it using the microUSB port. It will also juice up your device at the same time. It will also support playback via an auxiliary jack or Bluetooth. Due to its size, the dock won’t be able to dock any tablets, but there aren’t many docks that can do phones and tablets very well anyhow. There haven’t been many other specs announced, but I’m sure that it will be adequate for what’s it’s supposed to do.