Xbox 360 Bullet Buttons Get Lit up

I’ve already swapped out the buttons on one of my Xbox 360 controllerswith some bullet buttons, and they look cool. But now I’m really jealous because somebody is now selling a bullet button mod that actually lights up. Sweet. 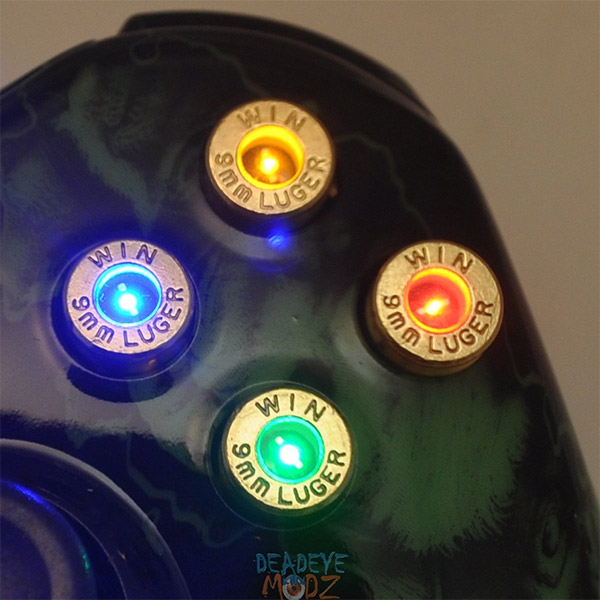 DeadEye Modz takes actual 9mm brass bullet casings, drills out the centers, and mounts colored LEDs inside of them so you know which button is which by color, not just by touch like with other bullet mods. The installation process is pretty straightforward, but unlike other button mods, you’ll need basic soldering skills to attach the LEDs and resistors to the board to provide power. Instructions are provided, so if you’re reasonably handy, it shouldn’t be a big deal. 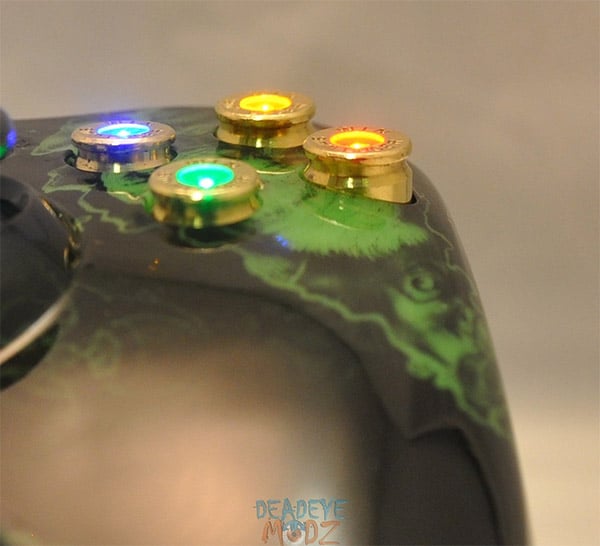 There’s also a matching, light-up Xbox Guide button – made from a shotgun shell – and available in a variety of LED colors of your choice. 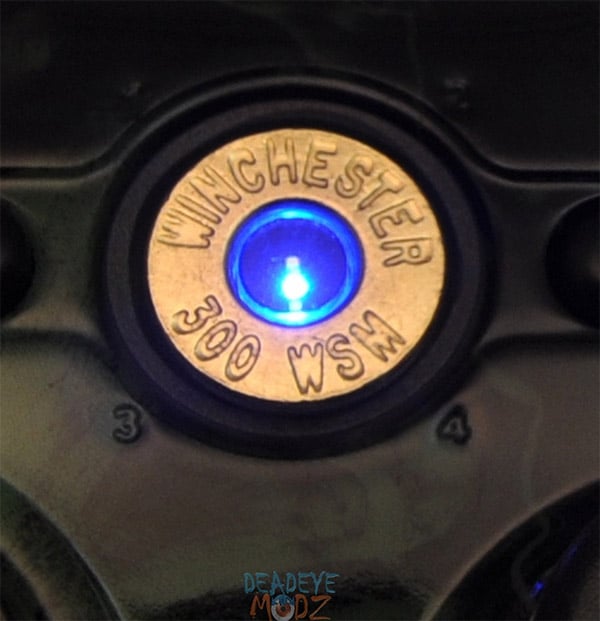 A full set of LED bullet buttons is $20.99(USD) over on Etsy. The shotgun shell guide button sells for $12.99. And if you’ve got lots of money to burn and don’t feel like modding your own controller, you can always go for this fully-pimped-out customized controller for $259.99: 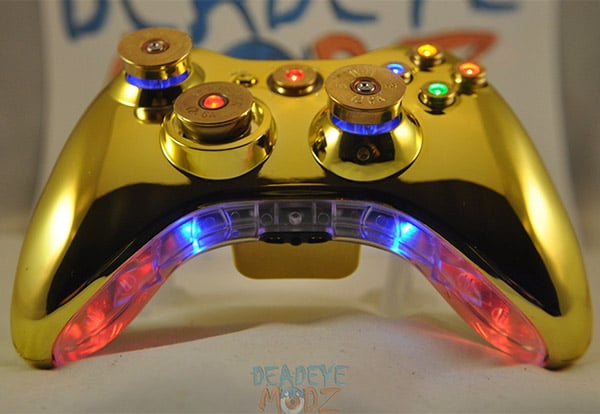