Look up in the sky! It’s a bird… It’s a plane… It’s the geekiest R/C plane ever! You will believe a man can fly. This awesome Superman R/C plane makes if feel like Metropolis and makes observers do a double-take, wherever it flies. 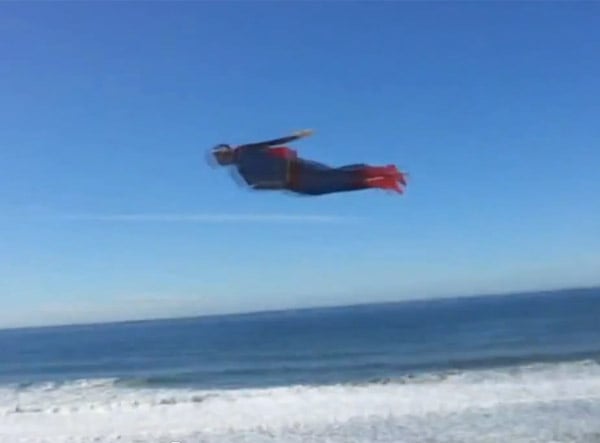 Are they filming the new Superman movie with super cheap effects? Nah. Apparently a couple of guys were biking down the Pacific Coast Highway when all the sudden they see Superman fly by. WTF? Well, after some investigation, they caught up with the owner and shot some footage so that we all can see the awesomeness of this R/C plane.

Presumably, it’s one of these, just painted and caped up to look like the Man of Steel. I wish I had one, but I would just crash it on the first flight.