A group of scientists and engineers from the University of Zürich’s Artificial Intelligence Lab has unveiled a robot called Roboy. While their intentions are good, this creepy-looking robot reminds me of an adolescent, hydrocephalic, Terminator sent back in time to destroy mankind. But that’s not what it’s designed for – the team working on the project hope that it might be a sort of blueprint for human service robots. 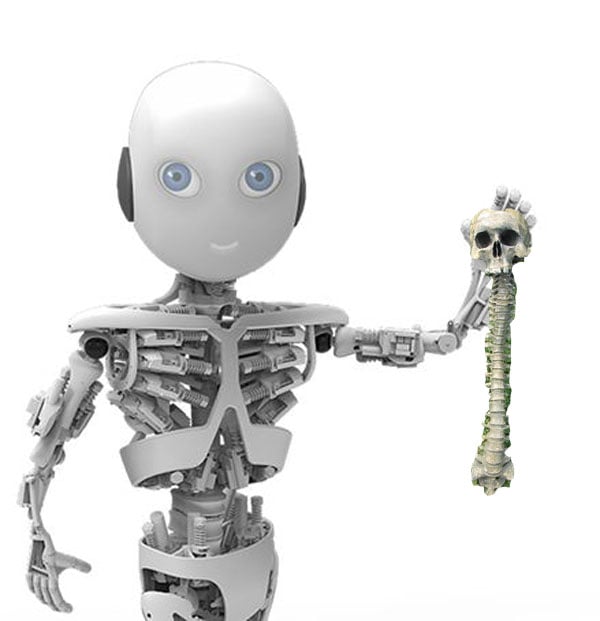 The designers of the robot say that it is still in the construction phase. So far, the team has completed the robot’s torso, leg development, a CAD model of the entire robot, and other tasks. In the middle of December, the team announced that the robot had its face and could move its arms. To finance the completion of Roboy, the researchers and engineers have taken the unique approach of selling ad space on the robot’s body.