I have fond memories of the original Atari 2600. It was my first gaming platform. Not sure how many hours I sat playing games with it, but it led to a lifelong love of video games. If I had the talent, I would make a cake in honor of this console. But I don’t have to, because The Pink Cake Box already made an Atari 2600 cake for one man’s 40th birthday party. 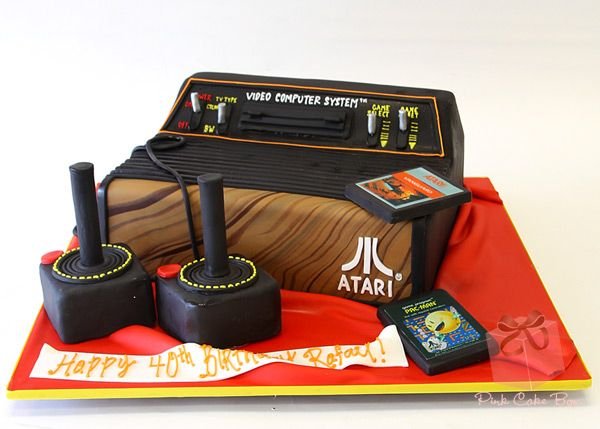 Rafael’s wife had this cake made for him and that makes her one super awesome wife. What we have here is an edible console, joysticks and two cartridges. The cartridges are Pacman and Vanguard, which I must imagine taste much better than E.T. or Pepsi Invaders.

Check out the video of the cake above. It makes me want to play this old console again. Also makes me hungry.

Sure, this isn’t the only Atari 2600 cake ever made, but it could be the best one yet.

[via Between the Pages via Neatorama]