I just bought myself a bunch of those cool Philips Hue wireless lightbulbs, so I can now see the appeal of adding colored lights to a room to set the mood. But if you’re looking for more of a disco feeling rather than just solid colors, you might want to check out this new Bluetooth speaker coming from dreamGEAR. 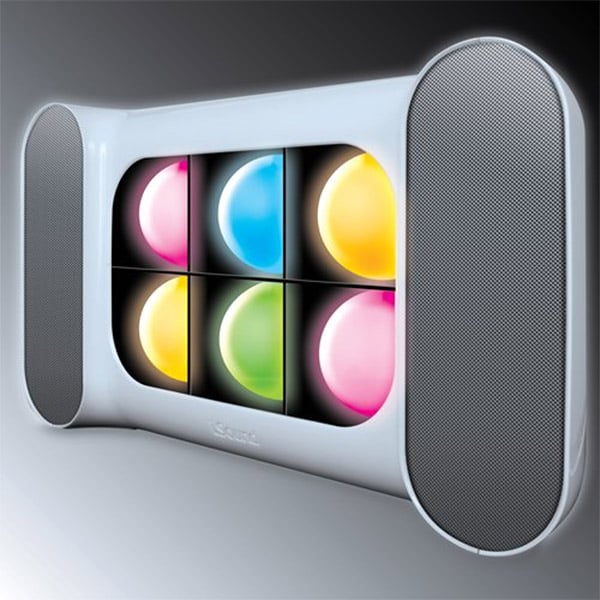 While it borrows its name from a dated old iPod nano dock, the upcoming i.Sound Glow Sound Bluetooth Speaker is a horse of several different colors. For starters, it’s a wireless audio speaker that works with smartphones, tablets and MP3 players. It can be connected via Bluetooth or a 3.5mm audio jack and music plays through its pair of full-range speakers. But what really sets it apart are the six glowing LED orbs on its face which can be set to automatically change color to go with your tunes. You’ll also be able to set the orbs to cycle through pre-programmed color patterns if you’d prefer.

Pricing and a release date for the i.Sound Glow Sound Bluetooth Speaker haven’t been announced yet, but dreamGEAR will likely be showing it at CES from January 8 to 11, 2013.