Elephant Eats iPhone, Poops It out a Bit Later

Elephants are pretty cool, and there are plenty around in Thailand. However, you don’t expect them to have the same penchant for smartphones as humans. This one at a Thai animal part took a liking to a Chinese tourist’s iPhone and decided to swallow it whole. 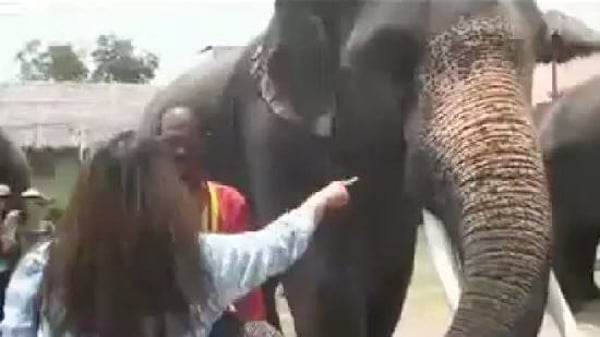 If you’re an elephant and you swallow something, you’d better believe that it’s coming out the other end, sooner or later. That’s apparently what happened with the iPhone, no worse for wear, but perhaps a tad smellier. A little while after the incident, the handler nonchalantly digs through the elephant’s poop, looking for the ringing phone.

While at first glance, it looks like the real deal, I think that the video could be a fake. Given the circumstances, everyone seems a bit too relaxed, including the handler and the woman who lost the phone. Still, it’s pretty funny to watch.