A Japanese company called G-cluster is looking to succeed where OnLive failed – make cloud gaming mainstream. It will demonstrate it’s capabilities later this month at CES 2013, but it has already released a handful of details regarding its service. 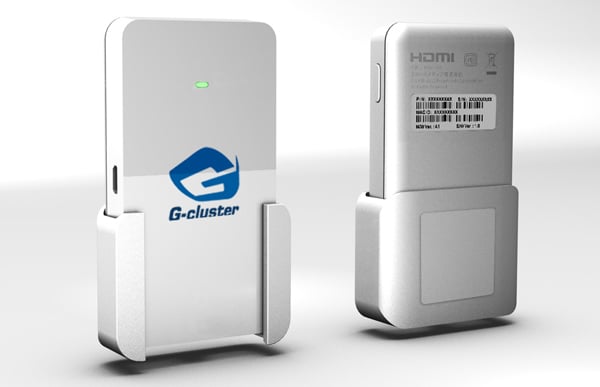 Based on a September 2012 press release (pdf), the G-cluster streaming service works similarly to OnLive – users plug in a “Game Machine” into their HDTV’s HDMI port (and into a USB port for power), which will connect to G-cluster’s game servers via Wi-Fi. Unlike OnLive however, G-cluster mentioned that users will be able to use their mobile devices as gamepads or controllers, but “generic gamepads” will also be supported. Maybe the Game Machine has Bluetooth capability or additional USB ports. 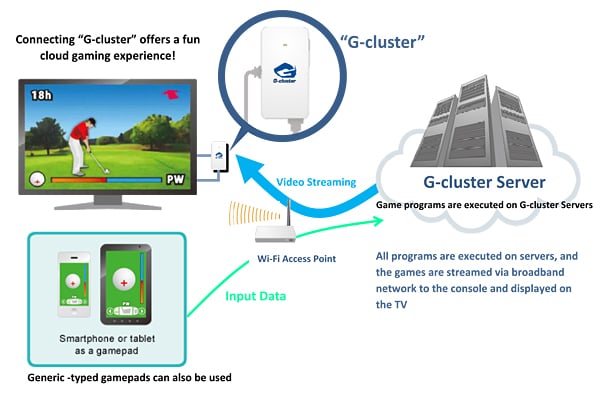 G-cluster says it has partnered with a variety of developers and publishers to bring games to their service. These companies include heavyweights such as Disney Interactive Studios, Ubisoft and PopCap as well as the likes of Frozenbyte (Trine, Shadowgrounds) and mobile game publisher Bulkypix. The company also mentioned that their service can also be used to deliver on-demand video to TVs and mobile devices. But as of now, the thing I like the most about G-cluster is their commercial:

The family that fights together, is Japanese. Head to G-cluster’s website for more information or you can wait shortly after January 9, which is when the company’s media event at CES 2013 will be held.