Go figure that this isn’t actually the first time we’ve featured a Pokémon bra here on Technabob, but this is most definitely the sparkliest Pokémon bra we’ve had on the site. And since you guys probably can’t resist a good pair of  Pokéboobs, now’s as good a time as any to feature this sexy/geeky underthing. 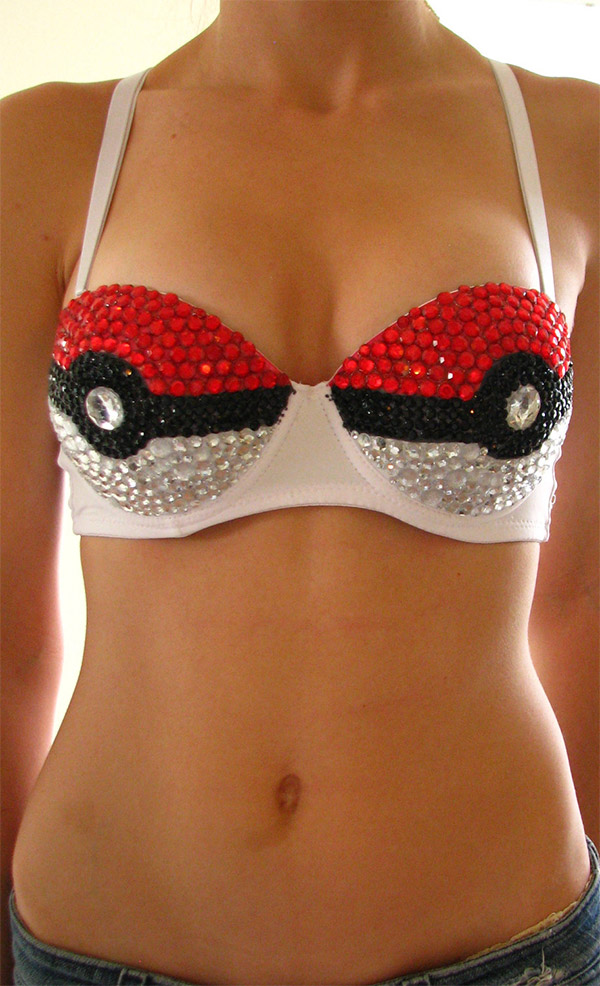 This shimmering Pokémon bra was made by Claire of Neon Wonderland, and is covered in literally hundreds of colorful rhinestones. They’re available in any cup size and padding level you’d like – but only the basic Poké Ball design. Maybe if you’re nice to Claire, you can convince her to make a Sport Ball sports bra. They sell for $70(USD) over on Etsy.