Console modder Jon Jandran aka Hailrazer is back with another Nintendo related project. Instead of working on portable versions of old game consoles, Hailrazer decided to combine two consoles – the Nintendo 64 and its successor, the GameCube – into one playable unit. 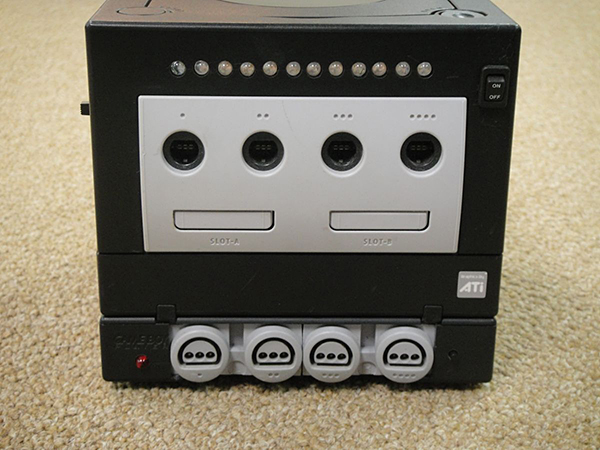 Hailrazer crammed the guts of an N64 into the case of a Game Boy Player – the GameCube add-on that allowed GB or GBA cartridges to be played on TV. Because of space constraints, Hailrazer had to fold the N64’s cartridge slot, making it unusable. He loads N64 games on his frankenconsole using an SD card system based on the Everdrive 64 flash cart.

Hey Hailrazer, can you make an Xbox 360 that can also play PS3 games (or vice versa)? Head to Hailrazer’s thread on Bacteria’s Forum for more info on the hack.