If you have a smartphone, tablet, or MP3 player that has the ability to stream wireless music using Bluetooth and you also happen to have a very nice home stereo that lacks Bluetooth connectivity, Belkin has a new solution for you. The accessory maker has announced a new product called the HD Bluetooth Music Receiver. The little square device is designed to sit beside any existing home stereo or speakers enabling Bluetooth connectivity with your smartphone or other device. 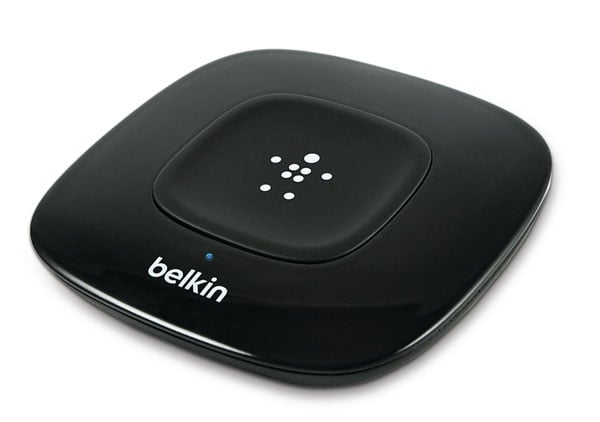 Wireless range for the receiver is about 30 feet, so you can’t use it for whole-home audio, but it’s still a good idea for playing tunes in the room you’re sitting in. The Bluetooth music adapter also has an embedded NFC chip that enables tap to play functionality on NFC equipped smartphones or tablets. If your device has an NFC chip inside all you have to do to pair it with the Belkin receiver is place it on top of the receiver. The receiver can be paired with up to eight devices at the same time.

The device has multiple connectivity outputs for connecting to your stereo or speakers including digital coaxial, digital optical, and 3.5 mm to RCA connections. The Belkin HD Bluetooth Music Receiver is available now for $59.99(USD).