Days before CES 2013, a mysterious new tablet computer has emerged, along with a short film that gives us a brief look at the device. Apparently, the enchantMOON is some sort of “hypertext authoring tablet” designed for the creation of HTML5 content.

Specifically, enchantMOON is described as “a digitizer pen-driven tablet device designed to let anyone program and share HTML5 games, applications, and interactive publications without writing code.” Presumably, the tablet renders code using the Open Source enchant.js framework, since it appears they’re both coming from the same company, Ubiquitous Entertainment. 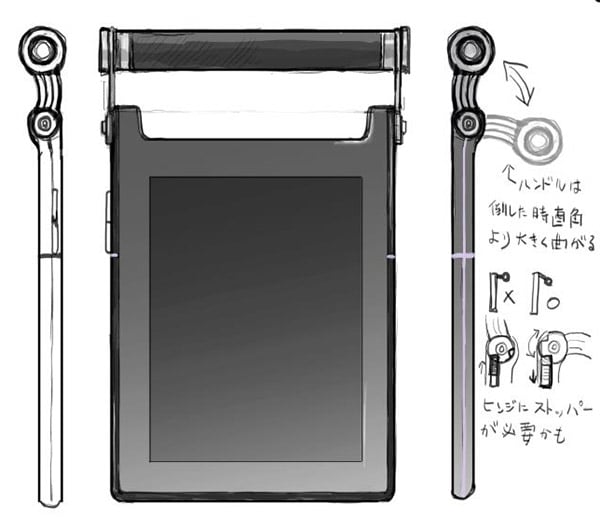 The concept sketches here by designer Yoshitoshi Abe doesn’t really tell us much about the tablet, other than the fact that it doesn’t look like any other tablet out there. 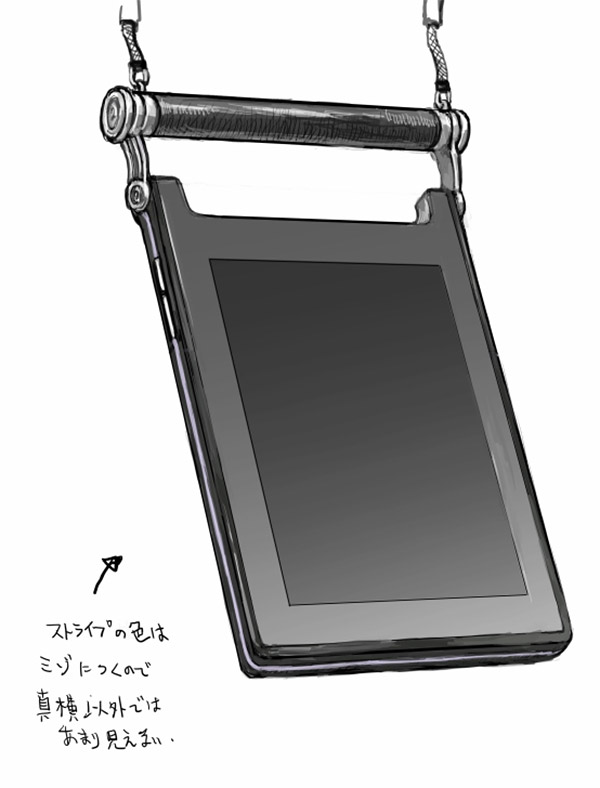 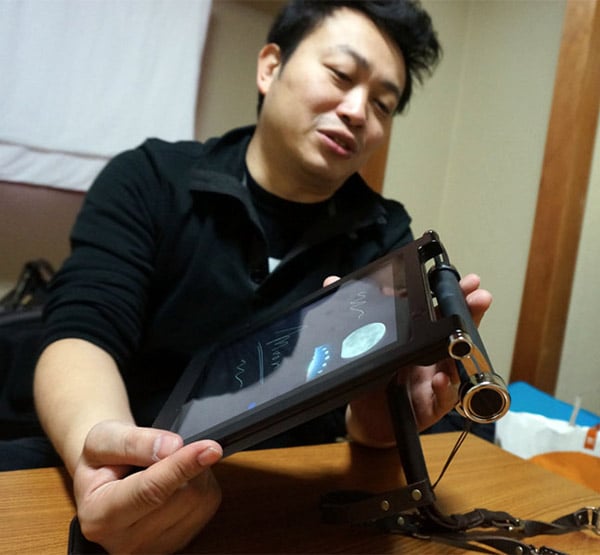 It’s got a science-fictiony look to it that makes it look like some sort of gadget out The Matrix, with a built in handle that can be used for carrying or as a stand. From an article over on Japan’s AV Watch [JP], I’ve gleaned that the tablet will have a magnesium alloy body, and a 7-inch screen. It will also have a minimal user white-on-black interface which is centered around the use of handwriting recognition and converting drawn images to vector art. Specs are sketchy at this point, but it appears that it will run on a ARM Cortex A8 CPU with a Mali400 GPU, with Android deep under the hood. 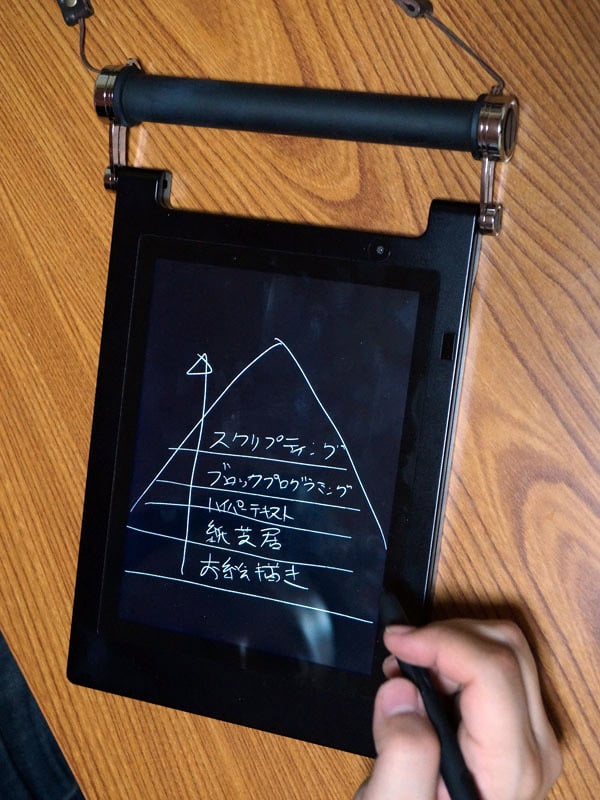 And to go along with the Sci-Fi/Anime theme, they’ve created an enchantMOON short film series, inspired by Alduos Huxley’s Brave New World, and directed by Hiroaki Yuasa. Japanese film director and animator Shinji Higuchi (Evangelion, Gamera, The Floating Castle) is also involved in the project as “CVO” – Chief Visionary Officer. Gee, I’d like a title like that. I guess since I’m the boss, I can do that.

Nope, still doesn’t tell us much about the tablet, but they’re definitely going after a part of the market that other tablet makers haven’t been too successful at – content authoring. I think my iPad is a stellar device for content consumption, but I’ll still take my desktop or laptop over it in a heartbeat for web development and authoring. I’m hoping that they’ve got something special up their sleeves, but if nothing else, they’ve piqued my curiosity.

We’ll have to wait a few days until CES starts to find out what all the mystery is about enchantMOON, but I’m definitely intrigued.