I’ve always wanted something a bit bigger than my iPad that I could use for both desktop and laptop computing, but carrying around a 21-inch PC seems like it might be a bit of overkill. But weighing in at 11 pounds, it sounds like Onkyo’s TW21A tablet PC [JP] isn’t really designed for portability anyhow. 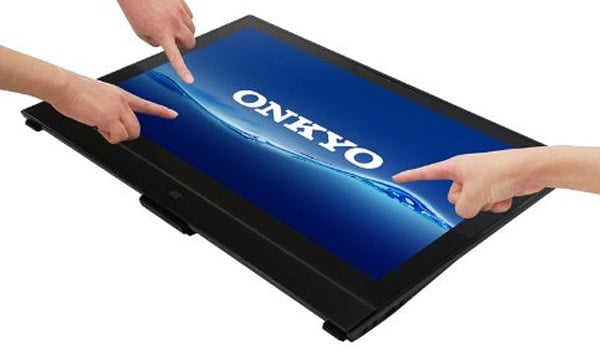 This oversize Windows 8 tablet is basically one of those touchscreen AIO PCs but can lay flat, so it can be used on a tabletop. It also supports up to 10 points of input at the same time, so multiple users can interact with it at the same time. You can prop it up like a traditional AIO PC too. It also has VESA mounting screw holes so you can easily attach it to a wall mounting bracket.

One thing that definitely sets it apart from desktop PCs is that it will actually run on battery power, and has a 2200 mAh lithium-ion pack built in – though with a screen that big, and a beefy CPU in the best model, I can’t imagine battery life is great. 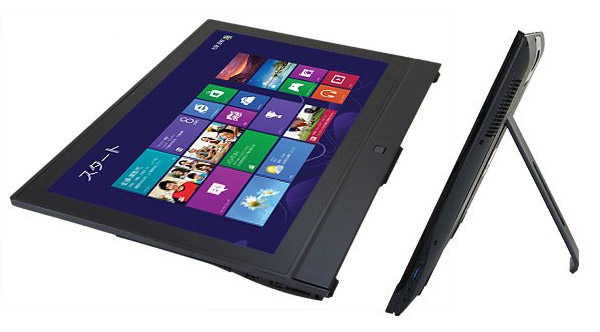