Landmines are a terrible remnant of war, and there are literally millions still left around the world that injure and kill people on a regular basis. This unusual looking contraption is a cheap way to get rid of a lot of landmines, which could allow local populations to get rid of many of them easily without risking more lives. 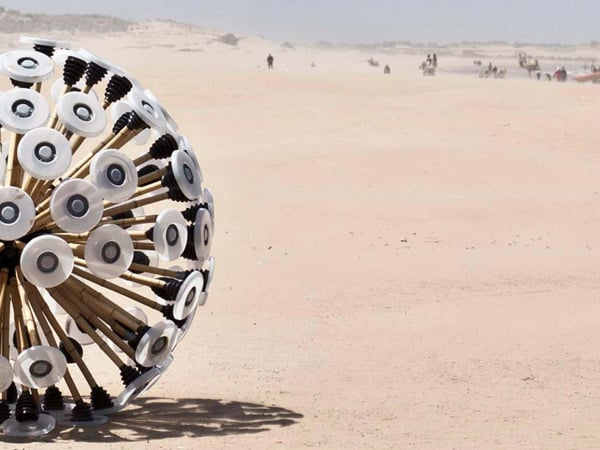 Mine Kafon was designed by Afghan product designer Massoud Hassani, who grew up in war-torn Kabul. As a child, with his brother, he developed some wind-powered toys that raced across the relatively flat terrain of the desert. He used this as an inspiration to develop Mine Kafon. The device is basically a sphere with long bamboo plungers with plastic caps at their ends. As the wind rolls it along, it exerts enough pressure to detonate landmines. 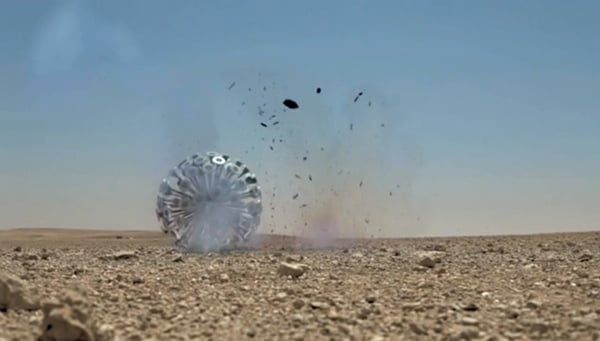 It usually costs $1,200 to get rid of one mine. The Mine Kafon can take out 2-3 on each pass, at a cost of just about $50 (USD). Embedded GPS chips will transmit cleared location, creating maps of safe zones. 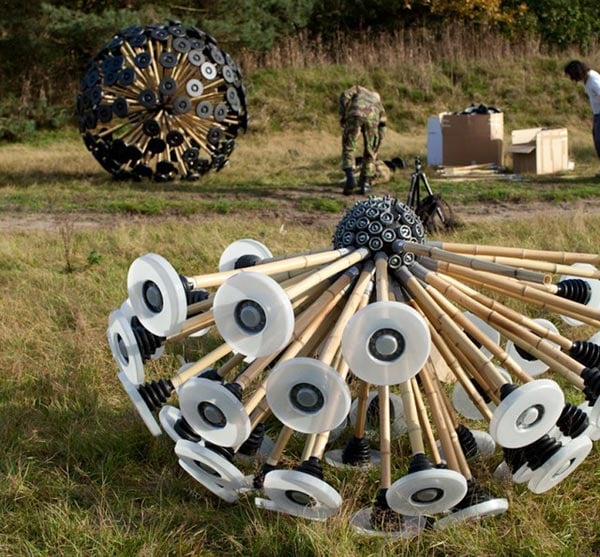 The campaign to produce Mine Kafon was launched as a Kickstarter project. It has amassed about 65% of its goal of £100,000 (~$163,500 USD) with 18 days of funding left, and you can pledge as little as £1 (~$1.64 USD) to help support the project to eliminate landmines in developing nations.