If you’re active, it’s good to have a GPS watch. They have plenty of uses, especially if you run or cycle. Keeping track of your workout is one of the best features. The ones that also feature active navigation will make sure that you won’t get lost. However, most GPS watches can be bulky, counterintuitive to use, and the screen usually isn’t that great. 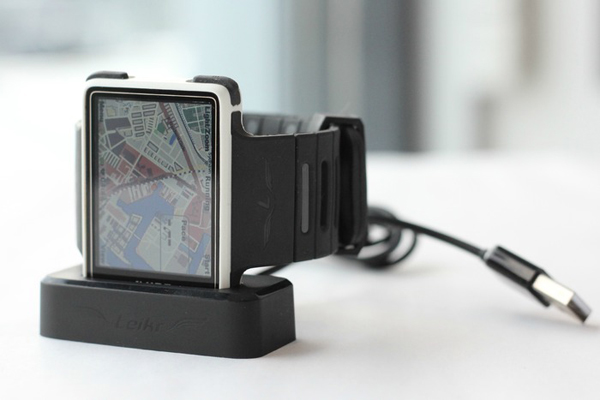 The Leikr sports watch is supposed to link to GPS satellites faster than others on the market. It’s also is supposed to be less bulky and easier to operate than other GPS watches, though it still looks pretty big to me. That’s probably because of it’s 2-inch widescreen, 320×240 color display. The low-glare Gorilla Glass covered face is bigger than average watches, but it’s only 1.065 cm thick. Having such a large display allows for more legible maps than other GPS watches, as well as the ability to display all of your pertinent stats – time, distance, speed, pace, calories burned and heart rate – on a single screen. 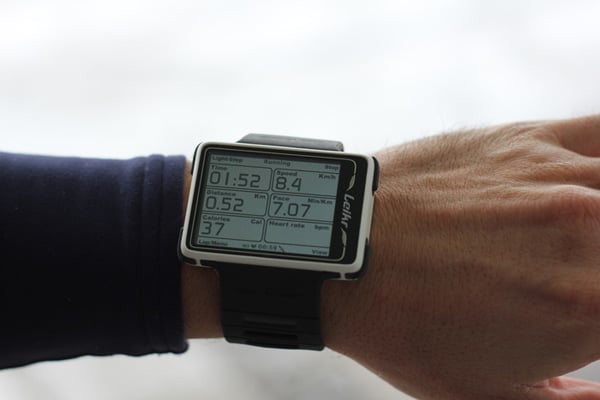 It’s got 8GB of onboard storage and has a 500 Mhz processor, and can communicate with other devices using Wi-Fi and Bluetooth, and is also ANT+ compatible. Its rechargeable battery is supposed to last 6 hours of active use. Its maps are powered by OpenStreetMap, so I’m not exactly sure how accurate the map data will be. You might want to swing by their website to verify that the maps for your regular haunts are complete and up to date.

The project is currently raising funds for production over on Kickstarter, and you’ll have to pledge at least $279(USD) to reserve one.