Waterbed Pavement: I Feel the Earth Move Under My Feet

A couple of months ago, we saw people bouncing along to their destinations thanks to design firm Salto’s Fast Track trampoline installation. Pathways are once again getting a redesign, this time of the watery kind, with artist collective Raum’s waterbed-like pavement. 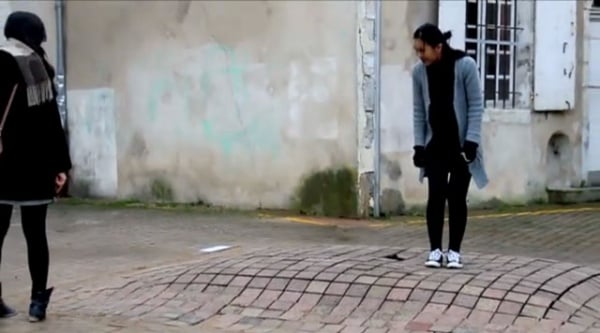 The pavement, which was installed in Bourges, France a couple of years back, was created in collaboration with the National Art School of Bourges and FRAC Centre. What they did was install a huge pad filled with liquid underneath the bricks to turn that stretch of pavement into a moving waterbed.

The project is called ‘La Ville Molle’ (‘The Soft City’) and while it’s a completely fun concept, it was created with a very serious message. The project was meant to question the ‘hardness of the city and its ability to change’, which I think is a pretty common problem that many cities all over the world face. While replacing sidewalks with waterbeds probably won’t solve that problem, at least it might make you think about it, and lighten up for a few minutes.