Are you eagerly waiting for Disney’s mind-blowing touch technology to become mainstream? You might want to settle for this touch sensor for the meantime. It’s called the EveryTouchFX, a system that’s meant to replace mechanical switches with a hidden touch-based switch. 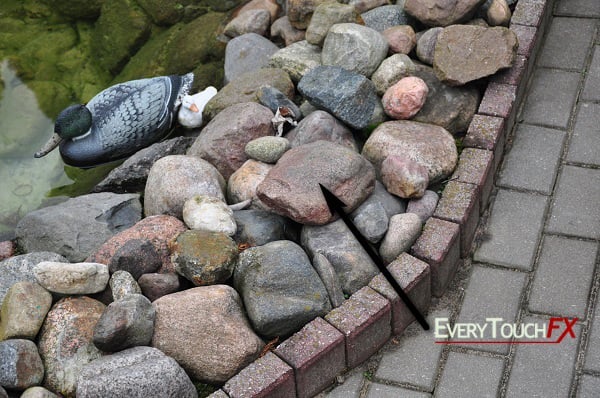 I think the picture above sums up the magic of EveryTouchFX. The sensor itself is hidden under the rock, but as you’ll see in the video below you can touch just the rock and the sensor will still detect the input. The inventors didn’t elaborate on their technology in their Indiegogo write-up, only that EveryTouchFX is designed to recognize only the electric potential of the human body. It can also detect touch from behind insulation that’s up to 4″ thick. Combine those two capabilities and you can hide the sensor pretty much anywhere.

While it certainly has a lot of decorative and security-related applications, EveryTouchFX has one big drawback: it’s expensive. As of this writing you have to pledge at least $119 (USD) on its Indiegogo fundraiser to get one unit. I wonder if it’s possible to use the MaKey MaKey for the same purpose.